Yet, it has been accomplished in the past (both Mayors Giuliani and Bloomberg were Republicans, as was Governor Pataki), and first-time candidate Chele Farley hopes to repeat this feat on November 6. Farley is running for U.S. Senate against Kirsten Gillibrand.

The Jewish Press: Do you have a chance of winning?

Chele Farley: I absolutely do. I think people want somebody who’s going to actually work for them, and Kirsten Gillibrand hasn’t done anything.

Considering the demographics of New York, is victory really feasible? No Republican has won a New York senatorial race since 1992.

We’re expecting four million people to vote in this election. The last Republican candidate for U.S. senate, Wendy Long, got two million votes in 2016. That was of course a presidential year [when many more people vote], and this isn’t, but if those two million people come out to vote, I will win.

You’ve never run for office before. What made you decide to do so this year?

I got tired of the dysfunction in Washington, and I think the era of career politicians needs to come to an end. I am an engineer by background. I studied engineering at Stanford and then went into finance, which is what I’ve been doing for the last 25 years.

I was also the finance chair for the Republican Party in New York City, and when I would travel around the state, people kept asking me if I was running. I said it wasn’t a good time, but I mentioned it to my Democratic husband and he said it’s an opportunity to go down to Washington and do something rather than just talking about it.

In 1960, five percent of parents said they would be unhappy if their child married someone of the opposing political party. In 2010, that number rose to 40 percent. You said your husband is a Democrat and you’re obviously a Republican. How does that work?

Actually, it works extremely well. Our biggest battles are over the thermostat, not politics. My husband comes from a well-known Democratic family in New York. His great uncle was Jim Farley, who was FDR’s campaign manager and later head of the Democratic Party. But I think, in many respects, he feels the Democratic Party has left him and moved very far to the left.

President Trump has publicly endorsed you. Do you embrace his support or just go along with it figuring you have nothing to lose?

I am very happy to have the president’s support. People ask me about the president all the time, and my answer is simple: When the administration’s policies are good for New York, I will support them. When they aren’t – like the tax bill – I will negotiate and make them better. That’s my job. And there’s no question I will be able to do a much better job of working with the administration than Kirsten Gillibrand.

Why do you say that?

Because look at her record. She’s only passed one bill during her time in Washington and that was to rename a post office. That’s not good enough. Not long ago, she sent out a press release about the defense bill [which gave] New York $200 million in additional funding for four military bases in New York. I’m in favor of that. But what she didn’t mention is that she voted against the bill!

Many Republican congressmen occasionally stab Trump in the back in an effort, apparently, to curry favor with the media and “respectable society.” Will you be one of these people if you win or do you plan on being more loyal?

As I said, when the Trump administration’s policies are good for New York – and so many of them are – I will be supportive. And when they are not, I will negotiate and make them better. I have kids and I tell them all the time that actions speak louder than words. And I am just looking at actions. Stock market? All-time high. Unemployment? All-time low. Economic growth? Four percent. These numbers are fantastic.

You’ve spoken a lot about fixing New York’s subway system. What, practically speaking, can the federal government do about this issue?

Look, it all comes down to money. Everybody knows that New York is a donor state. What is never discussed is exactly how much money New York loses. I was horrified to discover it was $48 billion in 2017 and is expected to be $62 billion this year.

The MTA says we need $31 billion to fix the system. Guess what? With the money we lose to other states, we could fix it all. So my job is to bring that money back to New York.

Look at the [federal] Highway Fund. New York has 40 percent of all of the mass transit riders in the country, so you would expect us to get 40 percent of the budget. But we don’t; we get less than 16 percent. We’ve got to change that.

You visited Israel for the first time in May. What were your impressions?

It was wonderful. I was there for the 70th anniversary, and I had a great meeting with Ambassador Friedman. I sat down with him for an hour and a half and we talked about how Trump moved the embassy to Jerusalem.

People said it would take 10 years and cost $8 billion to move it, but when Ambassador Friedman got there, he said, “We already have a consulate in Jerusalem; why don’t we just slap the word ‘embassy’ on it and call it a day?” And that’s effectively what they did. And that is the kind of out-of-the-box thinking that non-career politicians and business people bring….

I am a strong supporter of Israel. It is our strongest ally in the Middle East. Unfortunately, Kirsten Gillibrand voted for the Iran nuclear deal and voted against the Taylor Force Act, which prevents funding families of terrorists.

You have been very vocal against the Iran deal, but in our effort to contain Iran, we have grown closer to Saudi Arabia, the birthplace of most of the 9/11 terrorists and the center of Wahhabi Islam, in whose name terrorists all over the West kill people.  (In contrast, no terrorist in the West has been inspired by the Shi’ite Islam, which is practiced in Iran.)  In light of these facts, does our close friendship with Saudi Arabia make sense?

Unilaterally disengaging from the U.S.-Saudi alliance would do nothing to change the kingdom’s domestic politics and would strengthen America’s and Israel’s enemies.

While the U.S. must continue to pressure Saudi Arabia to control extremists in its midst, abandoning this ally risks further destabilizing a region already roiled by civil war and sectarian violence. 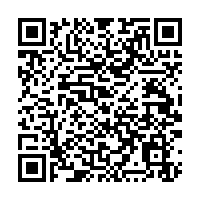