The bronze sculpture by James Earle Fraser of President Theodore Roosevelt on horseback, flanked by an Indian (Indigenous American) man and a black (African American) man, installed in 1939 at the entrance to the American Museum of Natural History in New York City, is going to be removed.

On Sunday, Museum president Ellen V. Futter said the decision did not reflect a judgment about Roosevelt but was driven by the sculpture’s “hierarchical composition.”


OK, folks, it’s official, America has gone crazy and we’re all floating down the river Styx in inflatable tubes.

“Over the last few weeks, our museum community has been profoundly moved by the ever-widening movement for racial justice that has emerged after the killing of George Floyd,” Futter said. “We have watched as the attention of the world and the country has increasingly turned to statues as powerful and hurtful symbols of systemic racism.”

“Simply put,” she stated, “the time has come to move it.”

Teddy Roosevelt was one of America’s most beloved presidents. His two-term presidency ushered in the century of American greatness. He was a conservationist and a naturalist, he was the personification of the anti-trust policies and the Progressive Era policies, for heaven’s sake, he is up there, carved on Mount Rushmore together with the three other most beloved presidents, George Washington, Thomas Jefferson, and Abraham Lincoln.

And all of that glory is now being disregarded because of sculptor James Earle Fraser’s romantic notion of flanking the immortal Teddy with members of two other races in America, who didn’t get to ride the horsie, too.

Mayor Bill de Blasio, who not long ago issued a proto-pogrom threat to the Jews of New York City, said in a statement Sunday: “The American Museum of Natural History has asked to remove the Theodore Roosevelt statue because it explicitly depicts Black and Indigenous people as subjugated and racially inferior. The City supports the Museum’s request. It is the right decision and the right time to remove this problematic statue.”

A couple of weeks ago, I wrote in this space that culture and cultural policy are led by “the frenzied marriage of mob rule, political appetite and corporate greed. And those three – the zealots, the politicians and the corporations, be they motivated by sex, race, religion or money – are capable of flattening our cultural landscape in a matter of months. It all depends on how many bulldozers and c-4 packages they’ll muster (When You Take Down ‘Gone with the Wind’ You Usher in ‘Fahrenheit 451’).”

This was not an exaggeration.

The NY Times reported Sunday that “last week alone, a crowd set fire to a statue of George Washington in Portland, Ore., before pulling it to the ground. Gunfire broke out during a protest in Albuquerque to demand the removal of a statue of Juan de Oñate, the conquistador of New Mexico. And New York City Council members demanded that a statue of Thomas Jefferson be removed from City Hall.”

Is there a point at which a grownup will stand and tell these mad erasers of our culture, as Joseph N. Welch told another mad cluster of philistines, Senator Joe McCarthy’s Senate Permanent Subcommittee on Investigations: “You’ve done enough. Have you no sense of decency, sir? At long last, have you left no sense of decency?”

In a parody on grace and benevolence, the 26th president’s great-grandson, Theodore Roosevelt IV, 77, a museum trustee, welcomed the toppling of his great ancestor’s statue as if he had been some despot in Baghdad: “The world does not need statues, relics of another age, that reflect neither the values of the person they intend to honor nor the values of equality and justice. The composition of the Equestrian Statue does not reflect Theodore Roosevelt’s legacy. It is time to move the statue and move forward.”

The Hebrew adage calls this kind of descendant “vinegar issued by wine.” The English adage describes an apple falling way out of range of the tree.

Here are some facts about Teddy Roosevelt: in 1894, the newly elected mayor of NY City, William Lafayette Strong, a reform-minded Republican, offered Roosevelt a position on the board of the New York City Police Commissioners. Roosevelt radically reformed the police force. He implemented regular inspections of firearms and annual physical exams, appointed recruits based on their physical and mental qualifications rather than political affiliation, established Meritorious Service Medals, and closed corrupt police hostelries. And he made a habit of walking officers’ beats late at night and early in the morning to make sure that they were on duty.

Jacob Riis, the Evening Sun newspaper journalist who was opening the eyes of New Yorkers to the terrible conditions of the city’s millions of poor immigrants with, among other publications, his immortal book “How the Other Half Lives,” described in 1894 the impact his book had on Police Commissioner Roosevelt:

When Roosevelt read [my] book, he came… No one ever helped as he did. For two years we were brothers in [New York City’s crime-ridden] Mulberry Street. When he left I had seen its golden age… There is very little ease where Theodore Roosevelt leads, as we all of us found out. The lawbreaker found it out who predicted scornfully that he would “knuckle down to politics the way they all did,” and lived to respect him, though he swore at him, as the one of them all who was stronger than pull… that was what made the age golden, that for the first time a moral purpose came into the street. In the light of it everything was transformed.

It can be safely stated that no man has ever done more to reform the police in the United States than Theodore Roosevelt. The list of his accomplishments is huge, and I would suggest that of the four men depicted on Mount Rushmore, Teddy Roosevelt was the most vibrant reformer, the man who took Washington’s strike for American independence, Jefferson’s immortalizing of the law in America, and Lincoln’s brave stride for equality and justice and galvanized them into the most remarkable century of American glory. And he began his illustrious career by changing the core of power in the city.

He did exactly what the nincompoops who now take down his statue say they want: he reformed the police. But they don’t even know it. All they see are the black and Indian guys. Alas, the fools who take down his statue will never produce a leader the likes of Teddy Roosevelt. And they’ll never carry out the reforms they so heatedly advocate. Because it takes a Teddy Roosevelt to do that.

God save the declining United States of America. 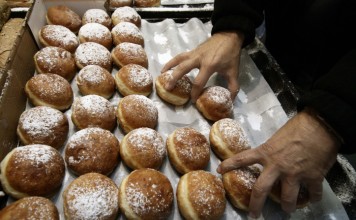 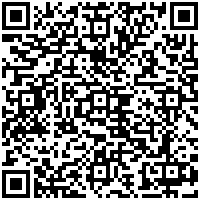