According to the Daily Caller, aides to President Barack Obama have been holding “hundreds” of meetings behind closed-doors with representatives of the Council on American–Islamic Relations (CAIR), America’s largest Muslim advocacy organization, with close ties to Hamas and its parent organization, the Muslim Brotherhood.

George Selim, the White House new director for community partnerships, a position formed this year to ensure cooperation by law enforcement and Muslim social service agencies, was the source of the information regarding CAIR and the White House.


In response to a question by the Daily Caller whether or not his office refuses to meet with any Muslim groups, Selim said that there are “hundreds of examples of departments and agencies that meet with CAIR on a range of issues.”

Dr. George Selim used to be a policy advisor for the Office of Civil Liberties and Civil Rights in the Department of Homeland Security.

During the 2009 Holy Land Foundation (HLF) trial, Federal prosecutors proved that CAIR and its founders were part of a group set up by the Muslim Brotherhood to support Hamas. The trial ended with guilty verdicts on all charges against HLF and five of its officers. They were sentenced to between 15 and 65 years in prison, including 65 years for Ghassan Elashi, the founder of CAIR’s Dallas chapter

Neil Munro, the Daily Caller reporter, writes that after Selim admitted to his office’s the extensive ties with CAIR, he walked away, then came back to threaten Munro that he was not allowed to record his comments.

Selim’s deputy director, Adnan Kifayat, also tried to intimidate Munro on taping the interview with Selim. “That was wrong… it is really bad form,” he said, threatening that taping his boss without permission could be a felony.

It isn’t. But it could be a felony for White House employees to communicate with CAIR. Last month, the House of Representatives ordered the Department of Justice to end all contacts with CAIR. The committee report accompanying the 2013 Commerce, Justice, Science Appropriations bill, passed in May by the House, clearly reads:

“The Federal Bureau of Investigation (FBI) has an existing policy prohibiting its employees from engaging in any formal non-investigative cooperation with CAIR [and] the committee encourages the attorney general to adopt a similar policy for all department officials.”

For more background on CAIR we recommend the Middle East Quarterly’s “CAIR: Islamists Fooling the Establishment.” 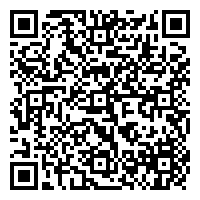