Towards the end of last week, a story had come out about a new brochure issued by the NY City Health Dept. discouraging the practice of “metzitza b’pe.” DOH’s commissioner Dr. Thomas Farley was pushing the story, hoping to get New Yorkers to spread the word.

There are important reasons why the practice should be altered. In the past decade or so, more than ten babies have contracted Herpes from their mohel because of the “metzitza” with dire consequences, including brain damage and death.


The press, including the small p Jewish press, had a field day, bashing the barbarian religious Jews killing their own babies.

The least of it was the JTA story, which, after devoting six full paragraphs to the commissioner’s statement and the brochure, added the obligatory non sequitur: “Haredi leaders have resisted calls to replace direct oral suction with alternative approaches used by some mohels.”

Which Haredi leaders? And for what reason? Not important. You should know that in this story there’s a good guy, the health commissioner, and he is up against medieval sources, the Haredim, who are so blinded by their primitive tradition, they’d rather see babies die than change anything.

Elizabeth Batt of Digital Journal investigates this issue in her take on the story. She checked out the website of Cantor Philip L. Sherman, a Mohel of White Plains, NY, and on his website he says that he never performs metzitzah b’peh and never will, and that “performing metzitzah using one’s mouth is primarily a Chasidic custom.”

So now we have a JTA story about how those Haredim hate babies, and a well researched story about this guy who can tell you it’s the Chasidim what hate their babies so much, they give them herpes.

Failed Messiah has much more serious research to offer: “MBP is primarily a hasidic and right wing non-hasidic Haredi practice today. The rest of Orthodoxy usually uses a sterile glass pipette or tube through which the mohel applies oral suction.”

But, unlike the rest of the press, Failed offers several links to examples of Haredim who defend the practice and go out of their way to deny the danger. Most notable is Rabbi Shmuel Kamenetsky, cited by Yeshiva World.

But the Kamenetsky opinion is based on the assertion that no correlation had been proven between the practice and the herpes. One can hope that when faced with irrefutable proof, such as the one provided by the CDC, the learned rabbi will change his opinion.

Incidentally, Kamenetsky has told the Jewish Week that in his own community “as far as I know, they do metzitzah with a tube.”

We used another link offered by Failed, to a Jewish Week interview with Rabbi David Niederman, executive director and president of the United Jewish Organizations of Williamsburg, who claimed that the September death of an infant “had nothing to do with metzitzah b’peh,” or direct oral suction, despite the medical examiner’s ruling that the cause of death was “disseminated herpes simplex type 1, complicating ritual circumcision with oral suction.”

The same Jewish Week story refers also to a paper by infectious diseases expert Dr. Daniel S. Berman (offered on Faild’s website), attempting to cast doubt on the connection established by the NY medical examiner and the baby’s death after being infected by his mohel. Essentially, Berman argues that it’s true that the mohel has herpes, and it’s true that the baby died from herpes, but the ME has not established that it was the same herpes.

He may be right, for all I know. But I agree with a few comments that suggested the good doctor might be acting a bit too cute.

The Jewish Press’ coverage of the story included the halachic foundations of the mitzvah, and several good citations from the brochure on alternative methods. It also explained, once and for all, why Jewish law prescribes this act, and that its purpose is actually to save the baby’s life. 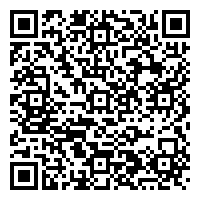