Reps. Ilhan Omar (D-Minn.) and Rashida Tlaib (D-Mich.), along with former Women’s March leader Linda Sarsour—all of whom support the anti-Israel BDS movement—joined a virtual “vote-a-thon” hosted by the Georgia chapter of the Council on American-Islamic Relations and the Georgia Muslim Voter Project ahead of the Jan. 5 Senate runoffs in the state.

Although CAIR, a nonpartisan nonprofit, does not endorse candidates, the event was an opportunity for Omar and Sarsour to promote the Democratic candidates in the runoffs, Rev. Raphael Warnock and Jon Ossoff. The organizers also raised money through ActBlue, a fundraising platform for Democratic candidates and progressive groups.


CAIR was an unindicted co-conspirator in the Holy Land Foundation case that proved connections to the U.S.-designated terrorist group Hamas and other radical Islamic entities. Sarsour has a history of anti-Semitism and anti-Zionism and other bigotry.

Omar has perpetuated anti-Semitic tropes on social media that has been criticized by Jewish, pro-Israel and other organizations, in addition to members of Congress. She also introduced a resolution in Congress that promotes boycotts of Israel, likening them to boycotts of Nazi Germany.

Since taking office in January 2019, Tlaib has been accused of peddling an anti-Israel and anti-Semitic agenda, most recently, retweeting a post last month that read “From the river to the sea, Palestine will be free” that was part of an “International Day of Solidarity” picture.

“From the river to the sea, Palestine will be free” is a phrase that critics say calls for the elimination of the Jewish State of Israel. 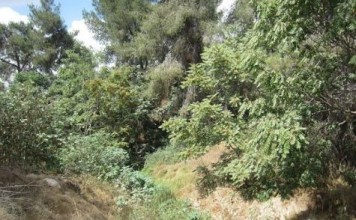