NBC News reports that a Long Island man has been accused of punching seven random victim in “knockout game” attacks, and is expected to be indicted and arraigned on assault charges Wednesday.

Darryl Mitchell, 20, is accused of attacking several victims for no apparent reason over the past 8 months, according to Suffolk County authorities. The victims’ ages range from 17 to 69.

Mitchell may be the first suspect arrested in Suffolk county for “knockout game” attacks, in which the perpetrators punch unsuspecting victims and run away.

According to Newsday, on Nov. 10, a lawyer saw Mitchell walking “aggressively” toward him and moved toward the curb to avoid him, but Mitchell ran up and punched the lawyer in the right eye, cutting his eyelid. The cut required seven stitches.

On Nov. 30, a 69-year-old man was rummaging through the trunk of his car, parked on Williams Avenue in North Amityville, when he heard someone approach from behind.

“When he turned around, he was punched twice in the head,” District Attorney Thomas Spota said in a statement. “He told us he spent a couple of weeks with horrendous headaches.”

Two men were attacked only a few hours apart on Dec. 1, according to NBC News. In the first incident, the suspect punched a 66-year-old man in the face on the same North Amityville street where Mitchell lives.

A few hours later, another man, who was on his way to church, was hit, Suffolk County District Attorney’s Office spokesman Robert Clifford told Newsday.

“The defendant ran up to him and suddenly punched him in the face multiple times and he fell to the ground,” Clifford said.

Mitchell was arrested on Dec. 4, after he was identified by four victims. He has pleaded not guilty to four counts of third-degree assault in an initial arraignment, but is expected to face additional charges Wednesday.

Mitchell is being held in lieu of $50,000 bail. It’s not known whether he has an attorney. 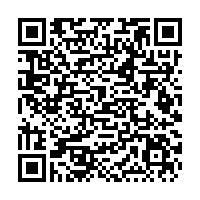