The air defense base, which has been planned for the past two years, will be located in the heart of the Negev, within the Israel Air Force Mashabim Air Base, located west of Dimona and Yerucham.


“It’s nothing less than historic,” Haimovitch said in making the announcement. Dozens of U.S. Air Force soldiers will be based at the new facility, which Haimovitch said would allow both Israel and the U.S. to “improve our defense, in discovery and interception, and in preparedness.”

The presence of U.S. troops on Israeli soil is nothing new, despite the announcement: American soldiers were and still are deployed in a secret location where they operate highly sensitive intelligence equipment used to monitor Iranian activities more than a thousand kilometers away.

Although the deployment of the equipment is shared with Israel, some of its functions are not, and it was placed here with the agreement that U.S. personnel would be allowed to control its operation and the data it provides.

Now perhaps the time has come for the barriers to come down, and an increase in trust between the two allies. 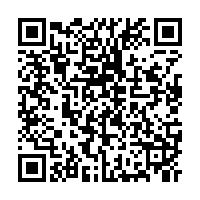