In a precedent setting decision, the Chief Judge of the Jerusalem Rabbinical Court Rabbi Eliyahu Abergel freed a woman from her aguna status (separated from her husband but unable to marry another) and annulled her marriage, because the witnesses who signed the ketubah were not Shabbat observers.

The plaintiff’s husband had fled Israel to Florida and was refusing to sign a get.


According to Israel’s Channel 2 News, twenty years ago the plaintiff, M., a resident of Jerusalem, who was only 20 years old at the time, married another resident of Jerusalem, who one day abandoned her. A few years later, when she realized he was not coming back, M. hired private investigators to try and track him down, hoping he would agree to give her a get to allow her to remarry. The investigators eventually found the husband in Florida.

With that information in hand, M.’s attorney Shlomo Avitan turned to the rabbinical court in Jerusalem and sought the judges’ help. Chief Judge Rabbi Abergel decided to take on the task. He used his contacts in the Jewish community in Florida and was amazed to discover that the husband had remarried, and has children from his new wife.

Rabbi Abergel tried to convince the fugitive to release his first wife from her aguna status.

“I offered him a few tens of thousands of dollars and various benefits,” the rabbi said. “When that did not help, I tried to just reason with him, but this also did no good. He just decided to make her unhappy. The get was out of the question.”

A Jewish divorce, the get, is constructed as the husband’s releasing his wife from their bond, which usually entails paying her the amount specified in the ketubah, the marriage contract the husband signs in front of two kosher Jewish witnesses prior to the chupa ceremony.

Rabbi Abergel took pity on M., who was sentenced to a life of loneliness by her ex husband.

According to Jewish law, the get must be given willingly and without coercion. Attempts by politicians in various jurisdictions, including New York State, to legislate a means of pressuring Jewish husbands into giving a get were rejected by the rabbinic establishment as incapable of yielding a proper get.

Looking for a creative solution, Rabbi Abergel asked the court staff to obtain the couple’s ketubahh and summoned the witnesses who had signed it at the wedding. The Rabbi questioned them at length and discovered that they are “Eaters of treif food and do not observe Shabbat and the commandments.”

In an unprecedented move, Rabbi Abergel decided to annul the marriage of M. and her runaway husband, on the grounds that the witnesses who signed the ketubah were legally improper. This means that M. and her husband had never really married, and so there is no need for a get to permit M. to marry now.

The rabbinic court judges adopted the decision, as did the Jerusalem High Beit Din, which is the final arbiter in religious Jewish cases, just below Israel’s Supreme Court.

The plaintiff M. was in tears when she thanked the court for her new lease on life. “I’m very happy the court made this precedent-setting decision,” she said. “Now I can remarry at last.”

In the early days of the Second Aliyah, before WW1, it was rumored that then Chief Rabbi Abraham Isaac Kook encouraged rabbis who officiated at weddings in communes and outposts where it was clear that fidelity was not foremost on the minds of the young pioneers, to intentionally pick unqualified witnesses for the ketubah—such as witnesses who were related to each other, which is unacceptable according to Jewish law. This was done so that those marriages would not be considered valid, and the offspring of the young brides’ extra-marital liaisons would not be mamzerim, who cannot marry into normal Jewish society. 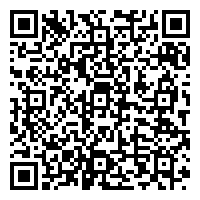