It all started at an art and education conference at the Yeshiva University Museum in November 2003. I was a junior at Yeshiva College, and I was covering the conference, which was sponsored by the Academy for Torah Initiatives and Directions (ATID), for the Yeshiva University Commentator, where I edited the arts section. When one of the speakers (who happens to be a prominent rabbi) misidentified a Goya painting at the Frick Collection, both the gentleman sitting next to me and I turned to each other and corrected the error simultaneously.

Next thing I knew, I was meeting Richard McBee, and he was giving a young kid the biggest break he’d ever received. I’ve come to value Richard so much as a friend—and co-writing this column with him for nearly eight-and-a-half years has felt so like a chavrutah—that I sometimes forget how much of a mentor and teacher he has been to me.


Starting in December 2003, Richard took me on as a guest columnist once a month (my first title? “Kneidlach And Machine Guns: G.I. Joseph” on an exhibit at the Museum of Jewish Heritage in Battery Park). I took over the column on a weekly basis for some time, and then, happily, Richard came back and we have alternated weeks for years now. I’ve often wondered how you, the readers, have tolerated such differences in perspective and art historical insight between Richard and I; Richard is far wiser and more articulate, and the amount of time he puts into thinking each review through from every angle is staggering. But now I need to wonder no longer, as this will be my final column in these pages.

It’s bittersweet to announce that and to say goodbye, particularly as I grew up reading The Jewish Press (my dad, a lifelong Jewish educator and school administrator, is a longtime subscriber). I used to pore over the Golem comic strip and the wonderful chess column on Shabbat afternoons, and I’m proud to report that I even figured some of the chess puzzles out. But all good things must come to an end, even if I had started thinking forward to and planning for my bar mitzvah as a Jewish Press columnist.

I hope, and know, you will continue to read Richard’s work in these pages, and I know I will do the same. It’s rare to find a forum where either faith or art is taken completely seriously, let alone a venue where the intersection of the two is examined in a manner that treats both pieces with maturity and critically. From working alongside Richard, from reading Richard’s columns, and by having to carve out regular time to ask myself difficult questions about Jewish art, I learned of an entire new world—one which, sadly, is foreign to most people.

I wanted to publicly express my sincerest gratitude to Naomi Klass Mauer, associate publisher of The Jewish Press; Sheila Abrams, my former editor of several years; and Chumi Friedman, my current editor, for bringing me on as surely one of the youngest regular columnists the newspaper has ever had. Thank you to three of them for wrestling with my immature prose while I cut my teeth in my first paid gig as an undergraduate student. I’ve learned a lot, and it’s been magical to get a regular paycheck in a role whose only job description is to learn something new every article.

As I think back on the hundreds of stories I’ve covered in these pages over the years, several stand out in my mind. Early on, I covered an exhibit of Edward Hopper’s work I saw in London and compared Hopper’s (what I called gentile) view of loneliness and longing with the “Jewish” sentiment of Amedeo Modigliani, whose works were then at The Jewish Museum. And on a totally different front, I got to cover two of the books that remain among my favorites in the same column: Between Worlds: Dybbuks, Exorcists, and Early Modern Judaism by J.H. Chajes and Saracens, Demons, and Jews: Making Monsters in Medieval Art by Deborah Higgs Strickland.

I can still remember R. B. Kitaj’s work, which was on exhibit in How to Reach 72 in Jewish Art in 2005 at Marlborough Gallery, as well as the hauntingly beautiful play, “The Puppetmaster of Lodz” by Gilles Segal. But if I am forced to choose one of my pieces a favorite—which is surely like selecting a favorite child—I have to say it was also one of my saddest pieces. In high school, I came across the bitingly witty yet masterfully drawn caricatures of David Levine. I copied hundreds and hundreds of them with my Rapidograph pens and my nose inches from the paper. 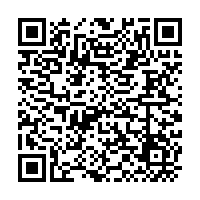