Despite recent polls suggesting Jews may not be voting as a monolithic bloc for the Democratic ticket, at least in this presidential race, it still has to be lonely being a rabbi who has publicly committed to supporting Mitt Romney for U.S. president.  And it must be even lonelier for someone who publicly committed to creating an organization called “Rabbis for Romney.”

But when you talk to the man behind that organization, you discover that not only is he not lonely, he is not a particularly partisan individual. In fact, he’s a registered Democrat, whose sole purpose for starting Rabbis for Romney  is that he didn’t want there to be rabbis united for only one candidate, when he knows that there are Jews who also support Romney.


And while, unlike Rabbis for Obama, Rabbis for Romney does not boast hundreds of members, Rabbi Bernhard Rosenberg is confident that the hundreds of hours and thousands of emails he has written has had an impact.  He knows there are people who are just a little bit better informed because of the efforts he and his dozens of volunteers have put in.

Rabbi Rosenberg makes it very clear that he is not a conspiracy theorist and he insists that “the president of the United States deserves our respect,” he explained to The Jewish Press.

The basic policy differences that Rosenberg sees between the choices for president this year are: partisanship, the economy, and the threat Iran poses to Israel and to all of western civilization.

On all three, he sees Romney as the one more likely to be a better leader.  He thinks Romney is more likely to be willing to reach across the aisle and work with the Democrats than Obama has done and would do in a second term with the Republicans.

Romney is someone, according to Rabbi Rosenberg, who not only has many years of experience in the business world, but he actually understands how business works both on the smallest scale, on up to the largest size corporations.

And finally, for someone born in a Displaced Persons camp whose parents were both survivors of the horrors of the Holocaust, it is Rabbi Rosenberg’s belief that left undeterred, Iran will perpetrate another Holocaust on the world’s Jews, and do its best to destroy western civilization in the process. Rosenberg is convinced that Obama will not do what needs to be done to prevent that catastrophe.

What Rosenberg doesn’t believe is that what people see in the presidential debates matters.  “Both sides lie, these are shows, with the players coached by fantastic people.”  As someone who lost virtually his entire extended family to evil, Rosenberg isn’t easily charmed by such shows.  “Anyone who believes either side is a fool.”

When asked how his congregation feels about his latest project, Rosenberg says he “does not discuss it with them.”  He believes the sanctuary is sacred and should not be used for politics.

But deciding to create a group called Rabbis for Romney is not the only time Rosenberg has put his beliefs into action.  He told The Jewish Press that he has volunteered for every war Israel has been involved in, not in combat units, but as a volunteer, for example, in hospitals.

The reason he wants Jews to be knowledgeable about the choice they will be making in this year’s election, is because, while he does “not think Obama is evil or an enemy of Israel,” he thinks “Obama is the wrong man for this time.”  It may sound nice, says Rosenberg, for Obama to try to make peace with extremist Muslims, “but it cannot be done.”  And, despite his promises, “Obama has failed to turn around the economy.”

When asked his position on Obamacare, and whether it isn’t part of Jewish values to take care of everyone, Rosenberg agrees that “it is a mitzvah to help others,” but helping others does not mean encouraging them not to rely on themselves.  When Rosenberg’s father came to America, he was given $13 from the Hebrew Immigrant Aid Society, and that’s it.  There was no food stamps, there was no welfare, his father only spoke Yiddish, but he worked hard and Rabbi Rosenberg, the only child of his parents who survived the Holocaust, proudly reveals that he has two masters degrees and two doctorates, and is the author of several books.

When Rabbis for Obama was launched, a long list of members was released, and the claim was that there were 613 members in the group – a significant number, of course, because it corresponds to the number of mitzvot.  But there was immediate controversy about some of the members, a number of whom are not considered to be rabbis according to halacha, and quite a few of whom had ultra-left-wing views, and had engaged in activity that suggested outright hostility to the Jewish State.

Rosenberg won’t disclose the names of the rabbis who have signed on to Rabbis for Romney, he says “there is just too much hostility directed against them by too many Jews.” He told The Jewish Press that he received an email after announcing Rabbis for Romney, that said that he “should have been cremated with the rest of his relatives.”  Still, he is pleased with the numbers who have signed on and with the support he has received from so many.

Rabbi David Algaze of Havurat Yisrael, in Forest Hills, Queens, New York, is the co-chairman of Rabbis for Romney.  Algaze recently said in an interview with The Jewish Star, “We clearly deny the impression created by the Rabbis for Obama that American Jews want ‘daylight’ between America and Israel, as Obama declared, or that the social views espoused by these Rabbis are rooted in our authentic tradition.”

Both Rabbis Algaze and Rosenberg acknowledge that the American Jewish community historically supports the Democratic Party, many fully believing it is one of the 613 mitzvot. “However,” Rabbi Rosenberg has written, “this tie pales in comparison to ties of 5773 years. Mitt Romney’s outspoken support of Israel has left no ambiguity. I believe he is genuine. While you may not agree with Mitt Romney’s positions on various issues that matter to you; in this election his support of Israel trumps everything else. He deserves our support. This is our opportunity to end up on the right side of history. Let’s not miss it.”

Given his personal history, perhaps the single greatest organizing principle of Rabbi Rosenberg’s life has been “never again.” But, he says, “Without Israel, ‘Never Again’ is nothing more than a mere slogan.”

Israel Will Grow – Regardless 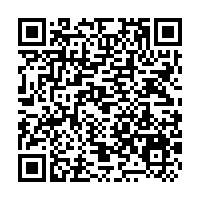