A top American rabbinical leader, head of the Talmudical Yeshiva of Philadelphia and member of the Council of Torah Sages of Agudath Israel of America, Rabbi Shmuel Kamenetsky has for the first time urged American Jews to vote for the re-election of President Donald Trump.

Rabbi Kamenetsky, one of the top leaders of American hareidi Jewry, until this point, rarely has expressed political opinions.


But in an interview with Yisroel Besser of Mishpacha magazine published this week the Rabbi said, “You see the matzav (the situation), the anarchy … it’s frightening. G-d has become a dirty word in much of America, religion and religious institutions are their enemy; we need Rachamei Shamayim (pity from Heaven). If Trump doesn’t win in November, it’s worrisome.”

In reply to a query on whether he was endorsing President Trump for a second term, Rabbi Kamenetsky replied clearly, “Yes, I think people should vote for him. He’s done a good job. It’s hakaras hatov (gratitude).”

In response to a follow-up question about the president’s behavior as “sometimes less than a positive role model” Rabbi Kamenetsky – who has had decades of contact with politicians and wealthy men – said bluntly, “That has nothing to do with politics … That’s because he’s a gvir, a wealthy man.

“Ashir ya’aneh azus,” the Rabbi quoted. “Wealthy, powerful people have a way of speaking and acting that is not refined.

“That’s not a reason not to vote for him.” 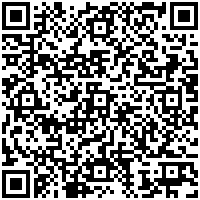