The US Department of Defense and intelligence services do not permit Israeli Air Force pilots with foreign passports (not including US passports) to fly the F-35 all-weather stealth multirole combat aircraft for fear of technology leaks, Maariv reported Friday. The US move is part of an effort to tighten information security and protect American interests.

The IAF reportedly embraced the American demand and prevented its pilots with dual nationality (other than American) from training on the F-35, which was renamed “Adir” (Mighty in Hebrew).

The F-35 is a family of single-engine, supersonic, stealth multirole fighters, the second fifth-generation fighter to enter service and the first operational supersonic short take-off and vertical landing aircraft stealth fighter. The USAF considers the F-35 its primary strike fighter for conducting suppression of enemy air defense missions, owing to the advanced sensors and mission systems. It has a top speed of Mach 1.6 and a range of over 1,400 miles without refueling.

Israel’s initial F-35 purchase deal from the US included 50 aircraft in total, with Israel considering adding 25 additional aircraft in the future. In total, Israel will have three operational F-35 squadrons within a decade.

But the US concern about intelligence leaks from the IDF is not limited to fifth-generation aircraft. According to Maariv, administration officials contacted Israel’s security apparatus to express their concern that the IDF is buying electric cars that were made in China for IDF officers. The Americans are afraid that sensitive information from the cell phones used by officers who drive the Chinese cars, which feature advanced multimedia systems, would be tagged and stored in the Chinese cloud by Chinese intelligence.

A compromise was reached on that one, whereby the information will be transferred from the cars’ systems to a secure Israeli cloud.

Not so much fun being a colonialist satellite state. The bananas are delicious, though. 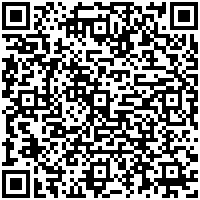