Just a few hours before a scheduled vote on the American Budget Law, a group of progressive Democratic Congress members forced the House of Representatives to remove a clause that would have funded replenishment of Israel’s Iron Dome aerial defense system.


The withdrawal of the emergency aid clause – which would have paid for the replenishment of Israel’s Iron Dome aerial defense batteries and interceptor missiles — came after a group of Congress members announced they would not support the budget if the Iron Dome funding was included.

President Joe Biden had promised both former Prime Minister Benjamin Netanyahu and current Prime Minister Naftali Bennett that he would ensure the Iron Dome system was replenished with the Tamir interceptor missiles it needs to protect the country.

US Sen. Ted Cruz in Israel: Jewish State Has ‘Undeniable Right’ to Defend Herself

Republican Senator Lindsey Graham likewise underlined the importance of supporting Israel in her self-defense during a visit to the country a few days after the conflict was brought to a close.

Not all Democrats voted against the measure: New Jersey Democratic Congress member Josh Gottheimer supporting the funding for the Iron Dome, saying it “protects innocent civilians in Israel from terrorist attacks” and warning, “We must stand by our historic ally – the only democracy in the Middle East.”

The Iron Dome protects innocent civilians in Israel from terrorist attacks and some of my colleagues have now blocked funding it.

We must stand by our historic ally — the only democracy in the a Middle East. https://t.co/otHSzlvYLp

Representative Elissa Slotkin, also a Democrat, pointed out in a series of tweets: “Iron Dome is a purely defensive system – it protects civilians when hundreds of rockets are shot at population centers. Whatever your views on the Israeli-Pal conflict, using a system that just saved hundreds, if not thousands, of lives as a political chit in problematic.

“The research that went into the design of this system is shared between our two countries and can be used to protect our bases abroad, in addition to Israeli civilians in their homes.

“To target Iron Dome now means the issue isn’t a genuine concern over the system, but rather the desire to attack something – anything – related to the State of Israel; it’s devoid of substance and irresponsible.”

All of this is publicly-available information. So to target Iron Dome now means the issue isn’t a genuine concern over the system, but rather the desire to attack something – anything – related to the State of Israel; it’s devoid of substance and irresponsible. (5/5)

House Republican Whip Steve Scalise observed in a pointed tweet: “Some House Democrats hate Israel so much that they’re refusing to pass their own spending bill if it includes funding for the Iron Dome – which protects our ally from terrorists. This is how radical they’ve become.”

?? Some House Democrats hate Israel so much that they’re refusing to pass their own spending bill if it includes funding for the Iron Dome—which protects our ally from terrorists.

This is how radical they’ve become.

And the Institute for Middle East Understanding (IMEU), a pro-Palestinian nonprofit advocacy organization, tweeted joyfully: “Progressive lawmakers in the US House of Representatives successfully removed an extra $1 billion in weapons to the Israeli military. This is a notable victory for Palestinian human rights!”

BREAKING: Progressive lawmakers in the US House of Representatives successfully removed an extra $1 billion in weapons to the Israeli military. This is a notable victory for Palestinian human rights!

It’s not clear why the organization considers defensive interceptor missiles that prevent rocket fire from reaching Israeli civilian homes and schools a “weapon” much less a “notable victory of Palestinian human rights.”

The move will result in a significant delay in the transfer of crucial additional defense aid to Israel, despite plans to include the funding instead in the fiscal 2022 “Defense Budget Law,” which is not scheduled for a vote for at least several more months.

JewishPress.com contributor Yishai Fleisher had a different take on the move. Fleisher pointed out that reliance on Iron Dome is preventing Israel from fighting and destroying the Jihadists attacking Israel once and for all, by allowing Israel to hide behind the missile defense system.

GREAT NEWS! #Congress Democrats blocked the #IronDome replenishment funding to Israel! Maybe now the Jewish State will actually fight the bad guys and deal with the root problem of Jihadist #Gaza instead of hiding behind high tech and missile defense. https://t.co/kiFdhls9KU

Israel needs the aid to restore its protective edge after Gaza’s ruling Hamas terrorist organization launched a barrage of rockets at Jerusalem during celebrations marking Jerusalem Day – the holiday commemorating the reunification of the capital after the 1967 Six Day War.

An Israeli school and several homes were struck in the attack, which triggered the mini war that followed.

“The Prime Minister [Benjamin Netanyahu] shared with me his appreciation for the Iron Dome system, which our nations developed together and which has saved the lives of countless Israeli citizens, both Arabs and Jews,” Biden said in a statement on the day of the ceasefire.

“I assured him of my full support to replenish Israel’s Iron Dome system to ensure its defense and security in the future,” Biden said.

US Chairman of the Joint Chiefs of Staff Gen. Mark Milley said a month later (June 2021) that he also intended to request the Congress approve funds to replenish the Iron Dome interceptor missile supplies.

Dozens of House lawmakers from both sides of the political aisle vowed to support the appropriation of funds to replenish the aerial defense system.

Gaza’s Iranian-backed Hamas and Palestinian Islamic Jihad terrorist organizations fired 4,360 rockets at Israel – including some 680 projectiles that were misfired and landed instead on their own fellow Gazans. At least seven Gazans were killed by friendly fire.

More than 90 percent of the Gaza-launched rockets aimed at Israeli population centers as far north as Rishon Lezion, as far east as Jerusalem and Gush Etzion, and throughout the southern regions were intercepted by the Iron Dome, saving countless lives.

The next battle will come when the FY 2022 Defense Budget Law is taken up for the vote — but it’s still not clear how long until that happens, and Hamas has been escalating its violence against Israel since shortly after the ceasefire.

Israel’s Defense Forces officials said the military has ramped up measures to protect the country’s population from an anticipated renewed war with Hamas and its Gaza allies. 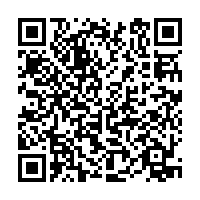