The two men actually met twice — first at 1:06 am, and then again a bit more than an hour later — with brief remarks to the media in the Oval Office sandwiched in between. Members of their staff joined the two men for the second meeting.

Biden, as did Bennett, praised the “unshakeable partnership between the US and Israel. “The US will always be there for Israel,” Biden told Bennett. “It’s an unshakable partnership between our two nations, and I have known every Israeli prime minister since Golda Meir—gotten to know them fairly well—and I look forward to us establishing a strong personal relationship.”

Bennett said the first meeting “mostly a working meeting” and that it felt like “we knew each other a long time.” The two men talked about the coronavirus pandemic, Amtrak and replenishment for Israel’s Iron Dome anti-missile system.

Speaking to media after the meeting, Bennett extended condolences “deep sadness” on behalf of Israel for the loss of American lives in Kabul.

“American service members lost their lives while on a mission to save other people’s lives. That is the very definition of courage and sacrifice. May they rest in peace. Especially on this day I want to be crystal clear: Israel always stands together with the United States of America, unequivocally.”

Bennett also underlined Biden’s support for the State of Israel, noting “that’s not new, it’s been decades and you’ve always stood up for us, especially during tough times.”

He cited the recent Operation Guardian of the Walls 11-day war this past May between Israel and Hamas in Gaza, “when thousands of rockets were being shot on Israeli towns and cities, and that’s when friendship is really tested,” he said.

“We trust in your support, Mr. President. And Israel knows that we have no better or more reliable ally in the world than the United States of America.”

Bennett noted that his new administration is “out to be good, to do good” despite the differences between the members of his government coalition. But in the Middle East, “doing good is not enough,” he added.

“Israel has to be strong in order to do good. Be strong so we can do good. We cannot lose sight for even one moment that we’re in the toughest neighborhood in the world. We’ve got ISIS on our southern border. Hezbollah on our northern border, Islamic Jihad, Hamas, Iranian militias that surround us. All of them want to kill us. . .to annihilate the Jewish state.

“That’s why I want to thank you, Mr. President, for helping yet again to fortify Israel’s strategic advantage,” Bennett said.

The two men focused, predictably, on the issue of Iran’s “race to a nuclear weapon.”

A confidential report by the United Nation’s International Atomic Energy Agency (IAEA) said this past May that Iran had enriched uranium up to 63 percent purity, more than the previous month’s announcement of 60 percent — two-thirds of the way towards the purity required by an atomic weapon.

Shortly after that revelation, Iran announced it would no longer allow IAEA inspectors to view surveillance footage from its uranium enrichment plants and other nuclear facilities.

The Islamic Republic has violated the 2015 JCPOA nuclear deal it signed with world powers in numerous ways. The United States under then-President Donald Trump pulled out of that agreement in 2018, citing a “bad deal” in addition to noting Iranian violations of the agreement.

Biden made the same promise to Bennett that his predecessor made to then-Prime Minister Naftali Bennett, saying during their meeting on Friday that Iran “will never be able to acquire nuclear weapons,” emphasizing that first he “will try the diplomatic route, but there are other options if that doesn’t work.”

In response, Iranian Supreme National Council Secretary Ali Shamkhani tweeted, “The emphasis on using ‘other options’ against [Iran] amounts to threatening another country illegally and establishes Iran’s right to reciprocate.”

Iranian Supreme Leader Ayatollah Ali Khamenei underlined the issue on Saturday in televised remarks, saying “America’s current administration is no different from the previous one, because what it demands from Iran on the nuclear issue is the same thing that Trump demanded.” 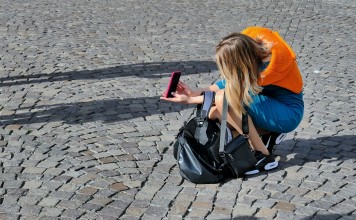 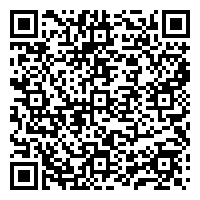