The US is tapping into its ammunition storage in Israel to boost Ukraine’s stockpile of artillery shells in its year-long war against the Russian invasion, the NY Times reported Tuesday.

American military equipment worth more than a billion dollars is stored in Israel, for use by US forces in the Middle East in emergencies, so they won’t rely on transferring it from the US. The US Congress has allowed Israel to use these stockpiles in case of need, as was done during the Second Lebanon War in 2006 when the Bush administration allowed the IDF to replenish its stocks from the American warehouses in Israel.

Likewise, during the 2014 Gaza War, the Obama administration opened its emergency warehouses in Israel to the IDF, allowing it to arm itself with 120 mm mortar shells, 40 mm high-explosive grenades, and other essential ammunition that was needed for the war effort.

The Times cited experts who say artillery is the main game in ground combat between Ukraine and Russia (very WW1 – DI), and the loser would be the side that runs out of ammunition first. American arms manufacturers are unable to keep up with Ukraine’s tremendous needs in this war of attrition, and so the Pentagon is draining its two emergency stockpiles – in South Korea and Israel.

According to Israel Defense, among the weapons systems of particular concern for US stockpiles are 155 mm artillery ammunition and Stinger anti-aircraft shoulder-fired missiles. There are also concerns regarding the production of additional weapons systems, including HARMs anti-radiation missiles, GMLRS rockets, and Javelin anti-tank missiles – this despite the increase in US production of these and other systems. The bottom line is: the US industrial base is struggling to keep up with demand, and the European allies cannot fulfill enough requests from Ukraine’s military because of the need to maintain supplies for their own forces.

In that context, South Korea’s news agency Yonhap reported on Tuesday that US Secretary of Defense Lloyd Austin will visit Seoul in the near future, to meet with senior government and military leaders. Draining those emergency stockpiles may come up in conversation.

Back on the shores of the Mediterranean, according to the Times, “Israel has consistently refused to supply weapons to Ukraine out of fear of damaging relations with Moscow,” and was not ready to appear “complicit in arming Ukraine if the Pentagon drew its munitions from the stockpile.”  There’s also the question if this could affect Israel’s own readiness in case of a major war.

But at this point, the Pentagon doesn’t seem to care. 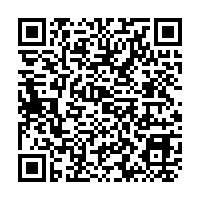