The drill is considered the “most significant exercise between the United States and Israel to date,” a senior US defense official said.

Gen. Michael “Erik” Kurilla, commander of US Central Command (CENTCOM), said the drill is aimed at showing adversaries “like Iran” that Washington is not too distracted by the war in Ukraine and the threat from China to mobilize a large military force.

“This exercise strengthens collective US-Israeli readiness and improves the interoperability of both forces, thereby contributing to regional stability,” CENTCOM headquarters said in its announcement. “Exercises like Juniper Oak show that interoperability and integration represent the improved security in the region.

“Juniper Oak is a Combined Joint All-Domain exercise which improves our interoperability on land, in the air, at sea, in space, and in cyberspace with our partners, enhances our ability to respond to contingencies, and underscores our commitment to the Middle East,” Kurilla said in the statement.

“What we think this exercise demonstrates is we can walk and chew gum at the same time,” a senior defense official told NBC News, citing the focus on China and the roughly 100,000 forces in Europe to support NATO and Ukraine.

“We still have the excess capacity to be able to flex to another high priority area of responsibility and conduct an exercise on this scale.”

Missions to be integrated with those assets include US and Israeli command and control, air operations in maritime surface warfare, combat search and rescue, electronic attack, suppression of enemy air defenses, strike coordination and reconnaissance, and air interdiction, according to CENTCOM.

Approximately 6,500 US personnel joined 1,100 Israeli personnel for the exercise which includes more than 140 aircraft and a dozen naval ships.

One hundred of the 142 aircraft taking part are from the US military, along with six US ships — including a carrier strike group. Six Israeli naval ships will also participate.

The US and Israel have conducted “Juniper Oak” military exercises together for more than 20 years. 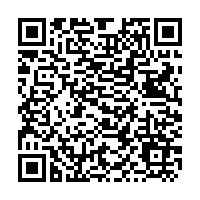