Republican U.S. Senator John McCain, 81, of Arizona, passed away Saturday of brain cancer, more than a year after announcing a diagnosis of glioblastoma in July 2017.

Just 24 hours earlier his family had released a statement to media announcing McCain had chosen to discontinue medical treatment, because the “progress of disease and the inexorable advance of age render their verdict.”

A flood of tributes, prayers, sympathy and praise followed from both sides of the political aisle.

One of McCain’s close friends was former Connecticut Senator Joe Lieberman, who served together in the Senate with McCain for 24 years.

“Becoming John McCain’s friend has been one of the great blessings of my life,” wrote Lieberman in an email to PEOPLE magazine on Friday. “Today I am praying for him and his family.” The two men spoke weekly by phone.

“I’m a student of history and anybody who is familiar with the history of the Jewish people and with the Zionist idea can’t help but admire those who established the Jewish homeland,” McCain once said during the 2008 presidential election, when asked if the Zionist cause is just and has succeeded.

“I think it’s remarkable that Zionism has been in the middle of wars and great trials and it has held fast to the ideals of democracy and social justice and human rights. I think that the State of Israel remains under significant threat from terrorist organizations as well as the continued advocacy of the Iranians to wipe Israel off the map,” he said.

McCain is survived by his wife Cindy, seven children and five grandchildren.

Danon Praises US Anti-BDS Law: ‘Time to Boycott the Boycotters’ 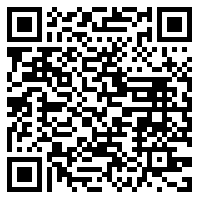