An IDF force was attacked overnight Sunday night by terrorists who threw a homemade pipe bomb at it near the town of Al-Bireh, outside Ramallah, causing no injuries or damage.

In the area of the village of Anata, in the Binyamin district, soldiers of the regional brigade seized five homemade weapons and M-16 rifles. 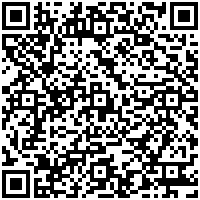