The U.S. State Department, as part of its Rewards for Justice program, announced on Thursday that it is offering up to $5 million for information leading to the identification of man involved in terrorist plots against the United States and Israel.

Sami al-Uraydi, also known as Abu Mahmud al-Shami, is a Jordanian national and senior Sharia (Islamic law) official for Hurras al-Din, which is an Al-Qaeda affiliate. He was the senior Sharia official of Jabhat al-Nusra, Al-Qaeda’s branch in Syria, 2014 to 2016, when he left the group.

Additionally, up to $5 million was offered each for information leading to the identification of two other Al-Qaeda leaders: Abu ‘Abd al-Karim al-Masri and Faruq al-Suri.

Al-Masri was a member of Hurras al-Din’s shura and served as a mediator between the group and the Nusrah Front.

Al-Suri, also known as Samir Hijazi and Abu Hammam al-Shami, is a Syrian national who fought in Afghanistan in the 1990s and trained Al-Qaeda fighters in Iraq, among other activities.

“We hope that these rewards will keep these terrorists on the run, and that people who have information that can stop terrorist attacks will provide this information to the United States so that we can take these terrorists off the battlefield and hold them accountable for their crimes,” Nathan Sales, the U.S. State Department’s top counter-terrorism official, told Arutz Sheva in Israel, where he gave a keynote address to the International Institute for Counterterrorism’s annual World Summit. 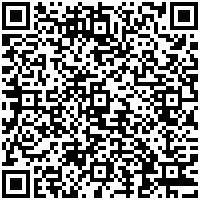