The United States issued a warning to Iran on Saturday night saying “the world is watching,” as Iranian security forces came out to violently suppress the outraged protests that began when it became known it had taken Iran three days to admit its culpability in the downing of Ukraine International Airlines Flight 752 by the Islamic Revolutionary Guard Corps Aerospace Force near Tehran.

All 176 people aboard were killed, including the crew of nine; 147 of the passengers held Iranian citizenship, many of whom were dual citizens. At least 82 were Iranian nationals, and 63 were Canadian nationals.

“The government of Iran must allow human rights groups to monitor and report facts from the ground on the ongoing protests by the Iranian people,” President Donald Trump wrote in a tweet on Saturday evening. “There cannot be another massacre of peaceful protesters, no an internet shutdown. The world is watching.”

The government of Iran must allow human rights groups to monitor and report facts from the ground on the ongoing protests by the Iranian people. There cannot be another massacre of peaceful protesters, nor an internet shutdown. The world is watching.

Trump also wrote a tweet in Persian to the “brave, long-suffering people of Iran” and saying his administration will continue to stand with them. “We are following your protests closely, and are inspired by your courage,” he wrote.

To the brave, long-suffering people of Iran: I've stood with you since the beginning of my Presidency, and my Administration will continue to stand with you. We are following your protests closely, and are inspired by your courage.

Those protests were growing by the hour on Saturday night. Dozens of protesters were arrested and dozens more were injured in the violent suppression being carried out by Iranian security forces.

Video recorded seconds before Special Pasdaran Unit of #Iran's Islamic Regime launches an attack at #AmirKabir university students. Tens of students are arrested and tens of others are injured. Many are still inside the university protesting against the regime. #IranProtests pic.twitter.com/CPolLE3GPx

Hundreds of other demonstrators gathered in front of Sharif University, where students charged, “Disgraceful Basiji, you are the cause of people’s deaths.”

Students of #Sharif university can be heard chanting "#Khamenei, shame on you, leave our country" during the #IranProtests against #Iran's Islamic Regime over shot-down of Flight #PS752 of #Ukraine International Airlines by #IRGC's Tor-M1 SAM system. pic.twitter.com/SasdMLekoA

UK Ambassador to Iran Arrested in Tehran, Later Released
Macaire was released several hours later, but told he was expected to show up for questioning by government personnel on Sunday.

Another round of #IranProtests ; in front of Tehran polytechnic university; “Death to the Islamic republic, down with @Khamenei_fa “ pic.twitter.com/9XUvLmZfbU

US Secretary of State Mike Pompeo echoed the president’s remarks, writing in a tweet, “The voice of the Iranian people is clear. They are fed up with the regime’s lies, corruption, ineptitude and brutality of the IRGC under Khamenei’s kleptocracy. We stand with the Iranian people who deserve a better future.”

Another round of #IranProtests ; in front of Tehran polytechnic university; “Death to the Islamic republic, down with @Khamenei_fa “ pic.twitter.com/9XUvLmZfbU

Protesters also gathered in the city of Isfahan; in Sabzevar in eastern Iran they used their cars to block roads in a demonstration against the regime.

Security forces attempting to suppress the demonstrations used tear gas and other riot control methods in their efforts to control the crowds.

Family members of the doomed passengers of the downed Ukraine Flight 752 who have Iranian citizenship fare being threatened by Iran to be silent about the relatives’ deaths if they ever want to be able to lay their loved ones to rest.

Those who hold Iranian citizenship have reportedly received warnings from the Iranian security forces not to talk to Persian-language media outside of Iran if they want the bodies of their loved ones to be returned to them, according to a report from Iran International.

Voice of America’s Persian news service reported Saturday night that protests have spread to other areas of Iran, including the country’s third-largest city of Isfahan. Protests were also reported by Reuters and the BBC.

Ukraine’s President Volodymyr Zelenskiy said on Saturday he wants “a full and open investigation, bringing those responsible to justice, the return of the bodies of the dead, the payment of compensation, official apologies through diplomatic channels.”

Zelenskiy later added that Iran has provided enough “photos, videos and other materials” from the crash “to see that the investigation will be carried out objectively and promptly.” Ukraine’s team has been given “access to the recordings of conversations between the dispatchers of the flight control center at the airport in Tehran and our pilots,” according to Ukrainian Foreign Minister Vadym Prystaiko. 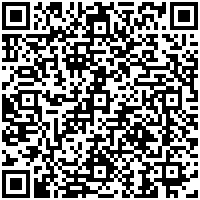