The Trump administration has notified U.S. embassies around the world that it plans to formally recognize Jerusalem as the undivided capital of Israel, according to a report published Thursday by The Wall Street Journal. The plan includes the future relocation of the U.S. Embassy from Tel Aviv to Jerusalem.

According to the report, the plan has not been finalized, but envoys were being notified so that they can inform their host governments and prepare for possible protests.


Officials said a formal announcement may come as early as next week.

President Donald Trump faces a December 4 deadline to decide whether to sign another six-month waiver of the Jerusalem Embassy and Recognition Act of 1995, passed by Congress which requires the relocation of the U.S. Embassy from Tel Aviv to Jerusalem. The waiver, included in the legislation, allows the president to delay the transfer for a six-month period on the condition there is a risk to “national security.”

“The president has always said it is a matter of when, not if, [the embassy will relocate to Jerusalem],” a White House spokesperson said. “The president is still considering options and we have nothing to announce.” 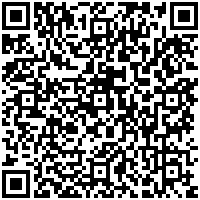