In recent days, the riots along the Gaza border have been reduced to only several dozen protesters, but the IDF is preparing for the possibility of renewed and escalated clashes, as part of the “Day of Rage Friday,” which Hamas has been urging its people to observe every week in October.

The IDF spokesperson has said that Israel is undertaking a “situational assessment” in view of the possibility of increased clashes with Gaza Strip Arabs along the border and has deployed two additional battalions from the Golani Brigade, to bolster the two Paratrooper battalions who’ve been stationed there for the past six weeks—all in preparation for Friday’s so-called Day of Rage. An additional two battalions and two companies were being deployed in Judea and Samaria Thursday.


Frequent clashes, and Arabs attempting to force their way across the border, were an almost daily affair along the border fence with Gaza only a few days ago, as Gazans tried to echo the violent riots in east Jerusalem. Since early October, thousands of Arabs have demonstrated at the border and threw stones, and in some cases also broke the fence and entered Israeli territory. The IDF has reported multiple breaches of the border fence during the clashes, resulting in Israeli forces being forced to shoot dead nine Gazans.

Hamas deputy head Ismail Haniyeh on Thursday visited al-Shifa hospital and met with patients who had been shot and injured by the IDF in recent attempts to force their way through Gaza’s border with Israel. “The message of our wounded is that Gaza, despite the distance and its deep suffering due to the siege and war, still stands behind the battle of Jerusalem, and that Gaza is in the heart of Jerusalem’s Intifada,” Haniyeh said.

Some auxiliary guard units of the Israeli villages around the Gaza border were instructed to prepare for the possibility of disturbances in their vicinity, although the army has been sending messages that the situation is under control. Civilians’ fear is real—of a breach by thousands of irate Arabs, coupled with the fear of Terrorists entering Israel through their revamped underground tunnels. But the Israelis of the Eshkol Regional Council have lived with that fear for a decade, since the IDF pullout from the Strip.

“We are ready and are feeling the change following the situation in the country,” a local security man told Ynet Thursday. “It now appears that we’ll be dealing only with demonstrators, most of whom usually do not carry firearms. It’s true that the situation is tense and there’s a military presence, but in terms of the villages and towns, we received no special instructions. We just keep watching.”

Residents in Gaza vicinity communities have complained in recent days that they hear sounds of tunnel digging. Some residents have recorded the noises, which sound like metallic clicks, and handed them to the army. They said military experts came down and conducted tests but didn’t find anything. 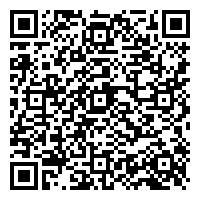