As if the French aren’t already in a high state of anxiety, they just received some more credible evidence that certain people are sufficiently unhappy with them that they are still – despite all the security measures taken recently – intent on harming France and its Western way of life.

During a “routine security check” at a Disneyland Paris hotel, two handguns, ammunition and a Koran were discovered in the suitcase of a man who tried to enter. The man, and a women whom authorities initially thought was with him, were both arrested when police arrived on the scene. That woman was later released.

Security alarms went off as the suitcase was going through a routine screening at Disneyland’s New York Hotel.

The 28 year-old suspect was described by some media outlets as a “European national.”

The suspect was arrested at Disneyland Paris, which is in the town of  Marne-la-Vallée, 20 miles east of the French capital. It is Europe’s most visited theme park. In 2014, 14.20 million people visited the park, the vast majority of whom were Europeans.

France continues to be in a “state of emergency,” declared after the jihadist terrorist attacks of November 13, when nearly 130 people were killed and hundreds more were wounded. Just Wednesday France’s highest court rejected an appeal to lift the state of emergency.

Disneyland Paris did not shut down during Thursday’s incident, although it was briefly shut down in the immediate wake of the November attacks.

Initial reports state that the suspect claimed he was carrying the guns and ammunition “for his own safety.” 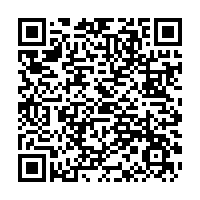