Man, that really unpleasant looking man, officially known as Mohammed Yasser Abdel Rahman Abdel Raouf Arafat al-Qudwa al-Husseini (if you say it backwards you get the phrase: “But I shaved already this morning” in Arabic) had the force of life in him.

Remember how many times he almost died?


In March 21, 1968, at the battle of Karameh, in the original “Fatah Land” east of the Jordan River, the IDF attacked using heavy weaponry, armored vehicles and fighter jets. the PLO surprised the Israelis with their tenacity. The Jordanian Army got involved, and the IDF pulled out. Some 150 PLO terrorists were killed, and at least 84 Jordanian soldiers and 28 Israelis. Who stayed alive? Mohammed Yasser Abdel Rahman Abdel Raouf Arafat al-Qudwa al-Husseini.

In September, 1970, after several attempts to assassinate King Hussein of Jordan had failed, and the PLO had hijacked a bunch of airplanes in less than two weeks, and had been using the refugee camps in Jordan as their state-within-a-state, the Jordanians had it up to here with Yasser. Staring September 15, massive Jordanian army units massacred as many as 25 thousand Palestinians. Syrian tanks shelled the capital Amman. In the end the PLO was pushed out of Jordan, to Lebanon, leaving rivers of blood behind. Who got out of the river alive? Yasser, that’s my baby.

Once in Lebanon, PLO cross-border raids against Israel grew ever more daring, until the Coastal Road massacre on March 11, 1978, when a dozen PLO terrorists landed by boat south of Haifa, hijacked a bus and sprayed gunfire at passengers and at passing vehicles, killing 37 civilians. The Lebanon War ensued in several stages, until the IDF pinned down the PLO in Beirut, demolishing much of the city and the country in the process. Thousands of Palestinians perished, as did hundreds of IDF soldiers, but Arafat, naturally, stayed alive, as the U.S. and European governments in 1982 brokered safe passage for the PLO, guarded by US Marines, to exile in Tunis.

Arafat came back to Lebanon a year later, settling down in Tripoli, northern Lebanon. He was kicked out by agents of Syrian dictator Hafez al-Assad. But they were careful not to kill him.

Then there was this NY Times story from April 9, 1992: “Yasir Arafat was found alive in the Libyan Desert early today, nearly 12 hours after his Russian-built private airplane crash-landed in a sandstorm. Three of the 13 people aboard the plane were killed in the crash. The dead were identified as two Palestinian pilots and a technician.”

Then came the Oslo thing, and later the Second Intifada, at which point it became clear that Yasser Arafat had some deal with the Devil to keep him alive while around him literally thousands of his people were being torn to pieces. Come to think of it, no one is responsible for more Palestinian deaths than Yasser Arafat, and many different organizations and individuals had very good reasons to want him dead.

Somebody finally did it.

According to a Reuters report, traces of the poisonous element polonium were found in Yasser’s belongings, and his widow is demanding that his body be exhumed for further tests.

Good for her. A reunion.

Arafat at last died in France in 2004, after a sudden illness which baffled doctors at the time. Reuters says many Palestinians have long suspected he was poisoned.

Darcy Christen, spokesman for the Institut de Radiophysique in Lausanne, Switzerland, told Reuters on Tuesday that it had found “surprisingly” high levels of polonium-210 in Arafat’s belongings.

God bless whoever was the agent of destruction who saved the Palestinian people from their very worst enemy. For the sake of divine poetry, I hope it was a Palestinian. 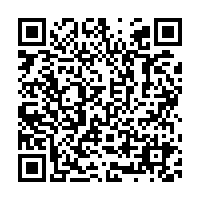