In Colorado, Obama is leading by up to 6 points as of this week.

And now all these turns in Obama’s favor, are finally showing in the national polls as well, so that my friend E. need not be perplexed any longer.

Fox News this week, polling likely voters nationally, gave Obama a 5 point lead with a 3 point margin of error. That’s not the NYT, that’s Fox. Gallup puts Obama at 6 ahead, as does Bloomberg. Only Rasmussen, which uses a different methodology that tends to favor more affluent voters, shows a tie.

Finally, here’s another reason why folks who want Romney to win are out of luck this year: even if Romney beats Obama hands down in the presidential debates – which he won’t, it may be a tie, or each candidate will likely perform a little better than the other in one or two of the three debates – and even if Obama does something so stupid, the national mood would turn against him overnight, it’s still not going to help much.

Several states are starting to vote now, and will keep on voting for the entire month of October. By the time the third debate begins, as much as half the votes are expected to have been cast already.

In that sense, what you see in the polls today in early-vote states is reflecting not what will happen in November, but what’s happening now. Might as well call them early exit polls.

I fear this will be a cold winter for Republicans. 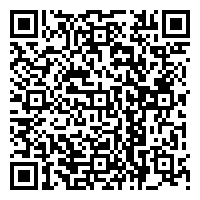