The outspoken statements we cited here, at the Jewish Press, by Hagai Amir, brother of Rabin’s assassin Yogal Amir, took me back to my own personal encounter with the Rabin assassination. It didn’t exactly change my life, but it taught me several crucial lessons.

On that fateful Shabbat in November, 1995, when rumors reached Manhattan’s Lower East Side that Prime Minister Yitzhak Rabin had been wounded by an assailant’s bullets, we were at the Seuda Shlishit (third meal) in the Chassidic shteibel where I davened for more than two decades. (I also belonged to another, more left-wing, modern Orthodox shul. I’m a difficult person to classify.) Between conversations and nibbling, one of my neighbors bent over and whispered, smiling, “At least in this shul we know no one is going to recited Tehillim for his speedy recovery.”


My immediate, totally uncalculated reaction was to open a siddur (prayer book) and begin to recite Tehillim. I couldn’t behave otherwise. That‘s my nature – if someone will tell me NOT to jump off a bridge, I’m already up on the railing, hat in hand.

Even if I had known on that Shabbat that Rabin’s murder would mark the end of my career in Hebrew language journalism, I definitely would have continued to recite those chapters of Tehillim, and not just to be different than the other Jewish guy who said whatever he said.

Still, if on that Shabbat you would have asked me if I supported Yitzchak Rabin’s politics, I would have certainly replied in the negative. There are even those that claim that Yitzhak Rabin himself already didn’t completely agree with his government’s course of action, and was possibly even considering how to change direction, when the murderer’s bullet stopped him.

However, it’s not those old arguments that I want to relate, rather my inconspicuous and non-dramatic connection to the big story. Maybe one day some historian will come across this article and I will merit having my name mentioned in a footnote in some important book about the murder.

I have already gone over broad details of quite a few accounts of Rabin’s murder, and considering the fact that I am a peaceful individual by nature, even a bit of a coward, certainly not the type to run ahead and climb all kinds of barricades, I have been incredibly close to several high profile murders.

One Shabbat afternoon, when I was 6 years old, in Ramat Chen, Zhurabin shot his cousin over something the cousin he had done in the Irgun. It was a dark Shabbat in 1960, I believe, about 35 years before the gloomy Shabbat of the Rabin murder. I was looking out my bedroom window on the second floor on HaSeren Dov Street and I saw the wounded uncle limping down the sidewalk to Dr. Gorelick’s house at the corner of Aluf David Street.

He left a trail of big, thick beads of blood on the gray, cement sidewalk, tiny red puddles that turned brown, but didn’t disappear for many years. Red and gray were the colors of the Zhurabin murder attempt. I think he was put into a mental institution and after that we were told not to mention the whole affair in front of his children, even though they were bullies and occasionally deserved pushback. (If they didn’t pick you to play little-goal soccer—the soccer equivalent of stickball—you didn’t play.)

When I was 16, I hung around with some friends in Bat Yam, among them Rachel Heller, a thin, shy, teenage girl. I really have nothing significant to say about besides her name and what she looked like. Several years later, when I was already in New York, distributing Ma’ariv and Yedioth newspapers every Friday night, I suddenly saw that a guy named Amos Barnas admitted to murdering her seven years before. I didn’t remember this entire affair until 1981, when I saw Heller’s picture and did a double take.

Before this, in 1980, I was driving a yellow taxi cab and I left off a passenger at the Dakota Building at 72nd Street and Central Park West, just a day before Mark David Chapman shot John Lennon on the very same sidewalk. 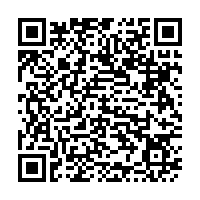