Hello, my holy Jewish brethren and sistren, hope you’re in a mood to learn about all the stuff our planet has to offer in areas of interest to the people of the book (we used to call ourselves People of the Bookmark, but that’s just so geezertalk, might as well be reminiscing over how we got that steam engine installed and Yankel Hershkowitz said it’ll never work – but I’m digressing).

But before we start, I gotta’ share this joke with you, if it’s ancient don’t hate me, I’m trying my best here. This secular guy complains to his friend that his eldest boy did T’shuva. A year later they meet again, and the secular guy is in tears – his second oldest son did T’shuva. Another year goes by, and he’s just destroyed – his youngest boy up and did T’shuva. So his friend tells him, You know, with this happening to so many of your children, it sounds really serious, maybe you should check your mezuzahs?

Sanders was picked up after he took the stuff to a pawn shop, police said. You see? Can’t trust those pawn shop owners – you drop the loot, you turn around, and they call the cops on you.

Rabbi David Sheinfeld said Sanders had visited the synagogue in the past but was not a member of the congregation.

You think maybe they didn’t give him an aliyah so he took Hotza’ah v’Hachnassah instead? (that’s when you’re called to take out the Torah – which, let’s face it, he did).

Look at us, telling jokes about synagogue theft. If it wasn’t Adar time…

THE BIRDS, THE BEES, AND THE JEWS

So what did the rabbi say – right? Who has the strength to listen to the whole thing until you finally get to the rabbi? Not to worry, they served up the rabbi first.

Rabbi Esther Reed, associate director for Jewish Campus Life at Rutgers Hillel, said followers of Judaism do not believe that a man and woman are inherently different.

So now you know that a rabbi is capable of speaking through a variety of cavities, not necessarily the oris (that’s Latin for mouth, because Latin is the last resort of the scoundrel).

“I personally do not believe that gender is a fixed thing,” Reed said. “I don’t believe God made human beings so that men are made one way and women another way.”

Oh, man, I could have taken this story to such amazing places, but I can’t, because they’ll take away my G rating. So use your imagination and by all means go, go…

Thank God for Imam Moustafa Zayed, who set the record straight, saying, “One gender can do what the other does, but the two elements cannot fill themselves and their worth unless they complement each other and complete each other.”

And this is how monotheism’s good name was rescued by a child of Abraham, but from the shikse…

Are you worried that one day, after you shut your eyes permanently and walk toward the light, some creepy Mormon would sneak up to your grave and baptize you against your will? (For a full view of the funny, funny image on the right, go to All Hat No Cattle – make it go viral.)

Mormon ritual is no threat to Jews, declares Boston Globe columnist Jeff Jacoby, who says he knew that some Mormons, eager to save the souls of dead Jews, had taken to submitting the names of Holocaust victims for posthumous baptism.

“The discovery didn’t trouble me at all. In Judaism, conversion after death is a concept without meaning; no after-the-fact rites in this world can possibly change the Jewishness of the men, women, children, and babies whom the Nazis, in their obsessive hatred, singled out for extermination. I found the Mormons’ belief eccentric, not offensive. By my lights, their efforts to make salvation available to millions of deceased strangers were ineffectual. But plainly they were sincere, and intended as a kindness.” 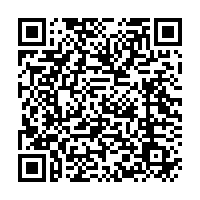