At long last, our third national lockdown has mostly come to an end. Shuls, libraries, and malls are all open to the public. Hotels, gyms, and movie theaters are open too, so long as you have your “Darkon Yarok” (Green Passport), demonstrating that you have had both your vaccine shots.

Most grades have been cleared to return to in-person classes so long as the city they’re in has a green, yellow, or even “light” orange rating according to the ramzor (traffic light) plan. Baruch Hashem, the morbidity numbers in Modi’in have plummeted, and we are a proud “green” city. Finally, after close to two months home, my kids could finally go back to school.


Except… I wasn’t sure whether I was ready to send them. While I wanted to get swept up in the excitement of the “return to normal,” I couldn’t help but recall that we’ve been here before – twice, in fact. Could I really be so naïve to believe that this time it was really safe?

My husband and I debated what was best for the kids. We wanted to do whatever we could to keep them safe, but we also wanted to give them their best opportunities to grow, learn, and have fun. We concluded that, for now, we would only send Adi, our first grader, back to school, as he is old enough to follow health and safety precautions.

When we woke Adi up Monday morning with the news that he would be returning to school that day, he literally jumped for joy. Over breakfast, I must have reminded him a million times that he must keep his mask on and constantly wash his hands. While he rolled his eyes, his smile never faltered. He was heading back to school!

When my husband announced that it was time to “go to school,” my two-year old Lani perked her head up. “School?” She quickly grabbed her knapsack and ran to the door. While two months may have passed, she clearly had not forgotten about school. Sadly, we had decided that for now it was best to keep her home as I doubted that she and the other 27 toddlers in her class could properly adhere to safety protocols.

Needless to say, she wasn’t happy to be left behind. I tried to convince her that we were going to have a fun day, but my teary-eyed lady wasn’t buying it. As it was a beautiful sunny day, I quickly packed her up and headed to the park. She swung, climbed, and see-sawed to her heart’s content. Except, every so often, she would pause and ask hopefully “Lani school?”

When Adi returned from school that day, he was flying high. He had received his first report card! He had designed his own masks for Purim! And, best of all, he spent all recess with his best friend whom he hadn’t seen in months. Boy did it feel good to be back in school.

And boy did I feel bad keeping my daughter home. That night, Lani’s gan sent pictures of the day’s activities. The staff had acted out the Purim story for the kids, complete with costumes. The kids had also made a raucous with a variety of rashanim (groggers) as they danced to Adar music. While I had tried to give my daughter a fun day, it was nothing compared to the fun her classmate had in school.

My daughter’s week dragged on as the weather turned rainy and we were stuck inside. Meanwhile, the daily updates from the Modi’in municipality showed that, Baruch Hashem, the conditions in the city continued to improve. Consistently, there were fewer than 20 new corona cases in the city each day, and over 80 percent of the city’s eligible residents had received at least their first vaccine.

On Friday, I caved, and sent Lani to gan. From her excited chatter on her return home, it was clear she had a great time. On Shabbos, I ventured out to shul for the first time since our arrival in Israel to hear Parshat Zachor. (It felt weird to be surrounded by people I could almost recognize from Facebook and Zoom events but whom I had never met in person before.) On Sunday, I even entered a supermarket, which I hadn’t done since early December.

While I may not feel ready for “business as usual,” I’m pushing myself to get there. Life may never go back to what it once was, but, bit by bit, I hope it will continue to improve from what it currently is. 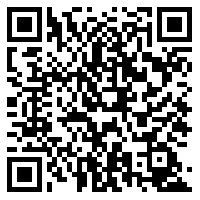