Manfred Gerstenfeld Austrian-born Israeli author and pundit, the former Chairman of the Steering Committee of the Jerusalem Center for Public Affairs and Director of its Post-Holocaust and Anti-Semitism program, died in Jerusalem on Thursday, February 25, at age 84.

Gerstenfeld, who was given the Lifetime Achievement Award by the Journal for the Study of anti-Semitism and the International Leadership Award by the Simon Wiesenthal Center, was a frequent contributor to the Jewish Press. Click here for free access to 76 essays he published here over the years.


Manfred Gerstenfeld was born in Vienna in 1937 and grew up in Amsterdam where he received a master’s degree in organic chemistry at Amsterdam University. In 1999 he earned a Ph.D. in environmental studies from the same school. He also studied economics at Erasmus University in Rotterdam and held a high school teaching degree in Jewish studies from the Dutch Jewish seminary.

In 1964, Gerstenfeld became Europe’s first financial analyst to focus on the pharmaceutical industry. He made aliyah in 1968, served as an officer in the IDF, and became the managing director of an economic consulting firm that was partly owned by Bank Leumi. He was a board member of the state-owned largest holding company, the Israel Corporation, and a number of other Israeli companies.

Gerstenfeld was considered one of the deepest and most influential thinkers in the study of anti-Semitism. Belgian-born activist Isi Leibler wrote in 2015 that Gerstenfeld is “the most qualified analyst of contemporary anti-Semitism with a focus on anti-Israelism.”

Anshel Pfeffer of Haaretz wrote in 2013 that Gerstenfeld is “without doubt the greatest authority on anti-Semitism today.”

Gerstenfeld was a merciless foe of European anti-Semitism. Following a 2011 study that showed a high rate of European respondents believed “Israel is carrying out a war of extermination against the Palestinians,” he estimated that 150 million citizens of the European Union, out of 400 million overall, hold views that demonizes Israel. He also argued that Holocaust inversion—the portrayal of Jews as Nazis, crypto-Nazis, Nazi sympathizers, Holocaust perpetrators, or Holocaust copycats—had become a mainstream view in the European Union.

Gerstenfeld used Norway as an example, with its population of some 700 Jews, which he argued was the most anti-Semitic country in the West. He pointed to a poignant example in 2011, when three separate Norwegian universities refused to allow Prof. Alan Dershowitz an opportunity to deliver lectures on Israel—free of charge. Gerstenfeld suggested Norway’s elite was saturated with anti-Semites.

Gerstenfeld delivered numerous warnings about the growing cancer of anti-Semitism in ideological movements such as Amnesty International and other human rights groups, the feminists, the LGBTQ, the post-colonialist liberation movement, inter-sectional groups, extreme Vegans, the anti-nuclear movement, and the climate movement.

Gerstenfeld was a fierce anti-BDS warrior and believed in discrediting pro-BDS academics by exposing plagiarism in their works—which was more effective than engaging in ad nauseam debates with them.

Finally, he had a special place in his heart for Jews who vilify Israel, most notably Senator Bernie Sanders (I-VT), whom he dubbed a masochist and useful idiot.

Manfred Gerstenfeld was one of the good ones. 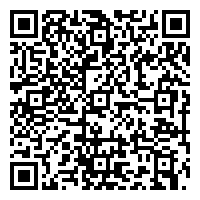