One day last week, my neck was feeling extremely stiff, and it hurt to turn my head in either direction. For the rest of the day, I was mindful to not turn my head too quickly. When I needed to turn my head, I braced myself for a surge of pain. But during the night when movement is unconscious, I woke up in tremendous pain and couldn’t fall back to sleep for some time.

The biggest challenge of having a stiff neck was that my peripheral vision – the ability to see things happening in the corner of your eye – was limited.


Peripheral Vision Loss (PVL) is a real disability. It essentially means that one has tunnel vision, only being able to see things that are directly in front of the person. When driving it is vital that one be able to see what is happening in one’s periphery. If someone darts out suddenly, he has to be able to see it and slam on the brakes. Being able to do so can make the difference between a tragedy and a near-tragedy. Therefore, one who has PVL may have limited night vision and may be unable to drive a car.

Much of the Jewish world today seems to have lost its peripheral vision. That we are a stiff-necked people is nothing new. G-d referred to us that way shortly after we had left Egypt and committed the grave sin of the golden calf. This was a nation that was raised from the dredges of society into an admired and feared nation amidst incredible miracles and supernatural occurrences. Yet, a scant five weeks after receiving the Torah they panicked and became overwhelmed with feelings of inferiority and unworthiness. They felt they simply couldn’t go on.

In a sense, when G-d referred to them as being stiff-necked, this was part of what was meant. At that point Klal Yisroel was stuck in a tunnel vision perspective, only seeing the wilderness of the desert before them and followed by 31 mighty kings they would have to fight in order to conquer the Promised Land. For the former slaves, the daunting challenges were stifling and paralyzing.

The deficiency was that they didn’t see what was happening in their periphery. Manna fell from the sky every day, a well of water accompanied them in the desert, and they lacked nothing. If they turned a little more to see what was behind them, they would see the smoldering ruins of the world’s greatest superpower, which had recently been decimated with ten ravaging plagues and its mighty armies drowned in the sea. In their paranoia however, they couldn’t see any of it. They only saw the impossible future which caused them to resort to seeking ersatz comfort from a lifeless golden calf.

The prophet Yermiyah similarly chastised Klal Yisroel (2:27), “…To Me they turned their necks and not their faces…” During the time before the destruction of the Beis HaMikdash as well, the nation lost their sense of perspective and failed to see the broader picture of their situation.

My rebbe, Rabbi Berel Wein, dolefully notes that many Jews today think Jewish history began in 1948 when the state of Israel was founded. They have cast away thousands of years of Jewish values, tradition, sacrifice and pride. Their tunnel vision has affected their ability to navigate the moral highways of life utilizing the rich traditions and direction of our leaders throughout the generations, causing them to be subject to the whims of our feckless society.

In fact, this was expressed explicitly by Ben Yehuda when he brazenly wrote, “We have completely turned our necks (backs) on the past, and this is our praise and our pride.” In an open letter in response, Rav Avrohom Yitzchok Kook wrote, “This is a chutzpah that is not found.” He continues that there is no Jewish future without the Jewish past, and if they turn their backs on the Jewish past, they will have no Jewish future. Even if they seem to succeed, they will ultimately fail.

It always seems strange that in the middle of Tisha b’Av, at the height of our anguish, after three weeks of mourning that culminated in recounting endless pangs of suffering and anguish, we begin to receive comfort. What happens at the stroke of midday on Tisha b’Av that we are suddenly able to – literally – pick ourselves up off the floor and begin the process of emotional rehabilitation?

Perhaps part of the answer is that as we review the myriad painful events that have transpired to our people throughout the generations, we recognize that our history has patterns and that there is a broader perspective. It becomes clear that we are part of something special. Otherwise, why would the world be so obsessed with us? All of our suffering and pain and all our rivers of tears and blood remind us that ours is a long-term story, a story of drama, travails and tragedy, but a story in which all the diverse threads will be clearly woven together when our story reaches its resolution.

May we merit to witness that resolution soon, when G-d will banish all tears and all will be comforted, when our national stiff neck will be healed, and we will merit to see the ultimate perspective of divine truth.

May this Tisha b’Av be transformed into a Yom Tov. 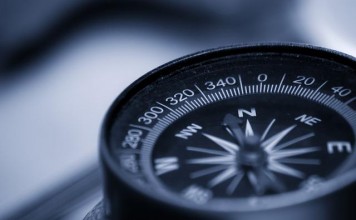 Leadership Lessons to Change Your Life – News From The Torah [audio]