I had always learned that we referred to the month of Cheshvan as mar (bitter) because it contains no holidays. I was therefore surprised to learn that in Israel there is in fact a mini holiday of sorts on the 7th of Cheshvan: “Yom Mayim – Rain Day.”

Yom Mayim celebrates the day that Jews in Israel begin praying in earnest for rain by adding the words “v’ten tal u’bracha” in the ninth berachah of Shmoneh Esrei. (While prayers for rain may have begun on Shmini Atzeret, we only add these words two weeks later, as we want to make sure all those who traveled to Yerushalayim for Sukkot return home unencumbered by rainstorms.)


While living in America, I didn’t think too much about the importance of adding these words. Other than possibly delaying my beloved Mets games, rainfall (or the lack thereof) didn’t have much of an impact on my daily life. But in Israel, it’s a whole different ballgame.

Not a day goes by here in Israel that we don’t think about water. Considering the current heat here, it’s no wonder! On any given day, our family members easily drink two to three liters of water. Israel has a large agricultural industry that provides the country with much of its food resources, but even with amazing advancements in irrigation technology, without sufficient rainfall, the industry’s survival and growth are at risk.

Israel has a very limited rainy season – from November through May. Even during this rainy period, much of the southern region gets, at most, a negligible amount of rain. So given the importance and scarcity of rainfall in Israel, it’s no wonder that the addition of a prayer for rain on the 7th of Cheshvan is so important here.

So how is Yom Mayim celebrated? First of all, it’s often observed with communal prayer. This year, Chemed – the system that administers the religious public schools in Israel – organized a virtual tefillat rabim for children. Over 9,000 families from across the country logged in to this special tefillah ceremony, which took place in the fields of an Israeli farm.

Rabbis and teachers led the children in Tehillim and special prayers for the day, empowering the children with reminders that their pure prayers were the key to bringing the blessing of rain to the earth. The rabbis then actually planted seeds of wheat and barley in the field. As they spread the seeds, one rabbi explained that these grains would be essential for lechem hapanim and the korban omer that we will need should the Beit HaMikdash be built this year (G-d willing!).

The ceremony culminated in singing and (socially-distanced) dancing, as participants in the fields and online celebrated what we hoped was the acceptance of our prayers and a rainy season to come.

I personally found the whole experience inspiring. Words that I had prayed so many times suddenly felt so much more powerful. It is these prayers that will ensure that the seeds we saw planted before our very eyes are watered, grow, and ultimately feed us and allow us to bring karbonot. There is truly nothing like davening and learning Torah in Israel, where somehow everything seems so much more real.

Of course, the school also made sure to mark the day with some water fun. We had a fascinating water-themed science class over Zoom, complete with experiments that we could conduct from home. While the scientific explanation went over my and my son’s heads (I could not Google Translate the words quickly enough), we were easily able to follow along with the experiment instructions and see the results ourselves. Our favorite experiment involved transferring water between two cups – without any pouring involved!

We were also treated to a whole host of entertaining water-related games and videos after our classes ended. When we finally peeled ourselves away from the computer to get a little fresh air (and treats from our favorite bakery), I think both my son and I were surprised to find the sun still shining outside with barely a cloud in the sky.

While I normally mourn the end of summer, Sunday’s celebration left me excited to experience the rainy season. Yes, I’m sure it will be frustrating at times to come home soggy and wet, but I think for once the silver lining in the sky’s dark clouds will be clear. Bring on the storm clouds! 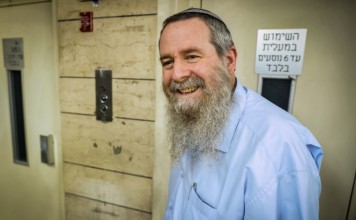