One of the advantages of living in Israel – often touted to prospective olim – is the affordable childcare and education available. (Tuition for our community’s mamlachti dati elementary school is about 1,000 shekel a year.)

For several weeks, my son has been attending his gan chova (kindergarten class), but my 17-month-old daughter Lani has largely been home till now, attending “Gan Mommy.” I have a law degree, which may have prepared me to argue in court, but it has sorely failed to prepare me for educating a toddler.

However persuasively I try to convince my daughter not to put inedible objects into her mouth, she simply smiles and proceeds as she wishes. And while I have tried to introduce an expanded vocabulary to her through books and songs, my daughter has decided that she is satisfied with the words she already knows. In short, my daughter clearly recognizes I am a substitute teacher and she is in charge.

With coronavirus restrictions finally lifted recently, my daughter and I began attending a baby music class. I used to love attending such classes with my son, but I was skeptical my daughter would be able to sit still long enough to appreciate it. Turns out, I sorely underestimated her.

For that first class, she certainly sat; indeed, she refused to budge from my lap. Her eyes, however, were wide open, taking it all in. She was fascinated by the surrounding babies after our long indoor confinement. Morah Miri’s catchy songs, complete with props and instruments, had her enraptured. Though she barely even smiled that first class, she was so fully engaged that I didn’t have to pull even one item out of her mouth.

By the second week, I saw her slowly come out of her shell. She swayed along to the songs and took turns shaking the musical props provided. She also fell into a fit of giggles as she looked at the babies dressed in bunny ears for the “Wake up Bunnies” song. It was then that I recognized that while Gan Mommy was a special experience for us both, it was time that we began looking into gan.

It’s a good thing we began our search when we did as apparently registration for the upcoming school year already closed back in January; luckily, though, a few gans still had spots. The ones we visited certainly are different then the daycares we were familiar with in New York. The gans are generally located in apartments with small indoor spaces and large yards. Staff consists of one head teacher and four assistants. Classes generally have 30 kids, ranging in age from six months to three years.

I found the scenes in these gans overwhelming. The helicopter mom inside recoiled and ached for the programs back in New York. But when I looked closer, I could see that the kids in these gans were clearly happy. When we observed one child coloring on the walls, the gannenet laughingly explained that she encouraged such behavior, as it allowed the children to make the school their own home.

Indeed, this was a recurrent theme we heard at the different gans we visited. While the programs offered some circle time, they felt the purpose of gan is giving kids time to freely explore and experience the world on their own terms (while supervised and guided by loving staff). There would be plenty of formal education and structured play for them in the years ahead.

There certainly are some advantages to gan here. For one, kosher home-cooked meals are provided. A sample lunch menu is turkey meatballs, whole-wheat spaghetti, and salad. Food costs are included in the tuition, which amazingly is still less than half of what we paid back in New York. Additionally, gan is essentially an immersive ulpan where my daughter will be able to naturally pick up Hebrew.

After much thought, we settled on a gan run by a British olah. The gan provides more structured time than others, while still offering the kids opportunities to explore on their own. While it is a Hebrew-speaking program, it features English circle time a couple of times a week. The program offers what we liked about daycares in New York while introducing what we will learn to appreciate about gans in Israel.

While I will surely miss our time at Gan Mommy, I am excited for the experiences my daughter has ahead. But her entry into gan is not only a step forward in her education; it is also another step forward for our family’s absorption into our new home.

Just don’t expect me to let the kids color on the walls anytime soon. 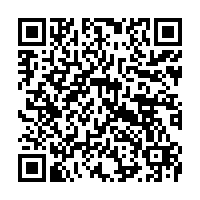