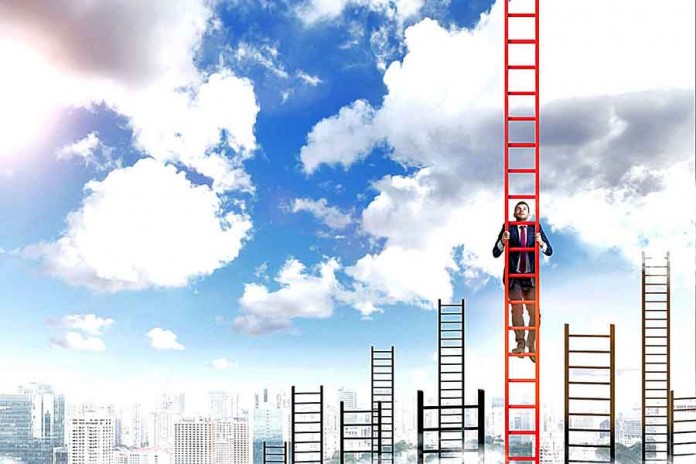 In Covenant & Conversation (Vayetzei) Rabbi Lord Jonathan Sacks, zt”l, asks what makes Yaakov and not Avraham, Yitzchak or Moshe the father of the Jewish people. We are referred to as the “congregation of Yaakov,” and “the children of Israel.” Yet it was Avraham who began the Jewish journey and Yitzchak who offered himself up as an olah to Hashem at the akeida. Why, then, did Yaakov receive such an honor? Rabbi Sacks writes, “Jacob was the man whose greatest visions came to him when he was alone at night, far from home, fleeing from one danger to the next.”

In our parsha, Yaakov, on the run from his brother Esav, dreams of angels ascending and descending a ladder: “Jacob awoke from his sleep and said, ‘Surely the Lord is present in this place, and I did not know it!’ Shaken, he said, ‘How awesome is this place! This is none other than the abode of G-d, and that is the gateway to heaven.’” (Genesis 28:12-16)


A careful reader will consider the circumstances and note that Yaakov’s awareness of Hashem’s presence in this place isn’t simply a reference to the geographical/physical location. Rather (or in addition) he realizes that throughout his comings and goings in life – throughout the difficult times – the angels of Hashem are with him. Whatever area of struggle Yaakov went through, whether with (an angel of) Hashem as in next week’s parsha, his business struggles in his partnership with Lavan, or his personal struggles with his family, he was able to recognize the Divine accompanying him in each of these places.

In my role as a student employee of the Career Center, I note how many students see the career exploration process as frustrating or the job search process as agonizing. Others view that same process as exciting and energizing, embracing the unknown rather than fearing it. Many students and alumni take the advice of the career advisors and attend events, actively seeking mentors and guides along the way – not unlike Yaakov Avinu surrounded by malachim as he prepares for the next significant rung on his life journey.

Some students have the challenge of receiving multiple internship or job offers and struggle to decide which one to accept. And I know there must be readers that were in my place just a few short years ago wondering how to choose a university or seminary; this can be an anxious time and I bless you to change the struggle into opportunity just as Yaakov did in his struggle with the angel of Esav.

A friend recently shared how she invokes the phrase “Hashem sefasai tiftach…G-d open my lips…” before each networking meeting and that she plans to do the same for each interview she is invited to. We can draw on many resources in challenging times, including a trusted career advisor or mentor, or the tools of our tradition. Let’s remember that we are “Children of Israel” and in our DNA is the courage to continue, and even the ability to thrive, despite the struggles we face.

As Rabbi Sacks writes, comfort can be found in knowing that “the ability to survive and to recover is part of what it takes to be a leader.” It was Yaakov’s resilience that made him worthy of being the father of a nation.