“Is the pool open? Can I come with my family?”

“How many people are you?”

“We’re a family, me, my wife and four children.”

“Sure, I just need to put you in our registration. You and five other people. What’s your name?” It’s here that the conversation goes awry. “My name is Eli Cohen. Do you allow “cousins?” (an Israeli euphemism for Arabs.) The pool employee answers, “That’s why we have a registration.”

The employee has just explained to “Eli Cohen” the registration isn’t really about making sure there’s enough room in the pool, but rather to keep Arabs out of the pool.

“Eli” continues and asks, “If my name was Allah? Because really my name is Allah, Allah Abu Hamad from Lod.” Incredibly, the operator responds by telling him the pool was now full and there was no more room for Eli or Allah to come. “Well, the pool is full. Do you want me to have you swim on other people’s heads?”

This was an actual conversation between an Israeli Arab and a pool employee from Ben Shemen’s public pool, recorded and published on Israel’s N12 news. Arab Israeli young men had been roughhousing in the pool, even dunking Israelis underwater, and the pool administrators’ decision was to ban all Arabs from the pool. Knowing that banning Israeli Arabs from the pool is illegal, they used a subterfuge of a “registration” ahead of time. If an Arab showed up who hadn’t pre-registered, they could ban him claiming the Arabs hadn’t pre-registered.

There’s simply no excuse for generalizing about an entire group based on the actions of a few people in the group. It doesn’t matter if the group is composed of Arabs, charedim, Ashkenazi establishment Israelis, Sefardim, or Yeminites. Generalizing about a group of people based on the actions of some of the members of the group is a superficial simplification without the depth required to understand fellow human beings.

Another name for superficial generalizations is racism, and when people do it to Jews, it’s antisemitism. When Ilhan Omar says Congress supports Israel “because of the Benjamins,” Jews understand her words as an antisemitic trope about Jews controlling the world with money. It’s a generalization that’s inaccurate and hate-filled. Judaism’s long tradition of honesty demands we treat others as we want to be treated – without hate. Racism isn’t a woke progressive social justice fabrication. Racism is a societal ill that creates discrimination and often leads to violence.

Many – unfortunately – defended the pool’s policy by saying, “Arab behavior was abysmal, and several were harassing Jewish kids and looking for a fight. It’s not merely out of racism. There are known problems between Jews and Arabs at pools and amusement parks, especially youth. Add alcohol to the mix as well. It’s not just made-up stories. Local imams are calling on their followers to murder Jews, of course we have to ban Arabs.”

The problem with claiming all Arabs must be banned because of the actions of a few is that millions of Arabs have done nothing wrong and aren’t planning on doing anything wrong. Every community has its problematic and abusive members. Society must identify those members and deal with them appropriately. In Israel, proper security procedures must be implemented to ensure the community’s safety. Banning entire segments of the Arab population is not consistent with Jewish or Zionist values.

Banning Arabs from the public pool was wrong. I’m ashamed for those that made this decision. The Jewish people are supposed to be a light unto the nations; 99 percent of the time the Jewish people and the Jewish state live up to that responsibility, but we didn’t in this incident.

It’s important when Israel does something wrong that it doesn’t get brushed under the carpet or rationalized; Israelis must call it out as wrong. How can we call out others for antisemitism when we practice hate and discrimination in our own communities? It’s only by criticizing our own bad policies and behavior that Israel will improve as a nation. Purging hate and racism from our society is a great first step. 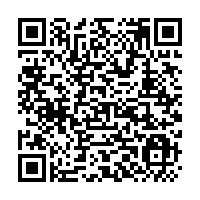