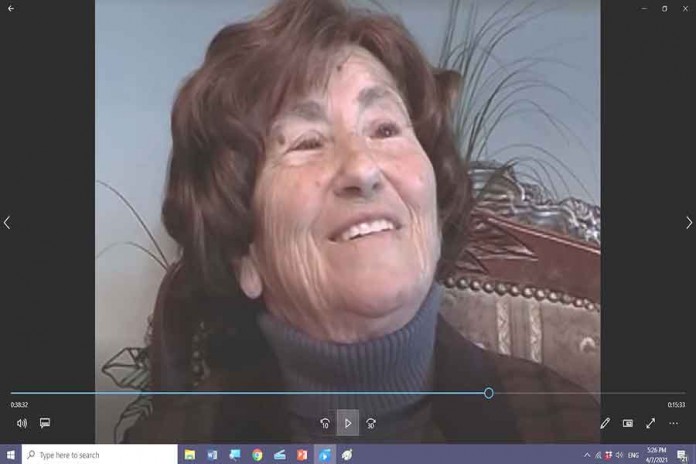 Early this week Mrs. Edith Weiss passed away in Jerusalem, at the age of 93. Most Jewish Press readers probably never heard of her, yet most probably learned Torah from at least one of her numerous descendants. Her remarkable, heroic story bears retelling.

Edith (Fradel) Abraham was born in June 1928 in the town of Selish (then Veľká Sevljuš, Czechoslovakia; now Vynohradiv, Ukraine), one of the larger towns in the heavily Jewish, staunchly traditional, largely rural region of Transcarpathian Ruthenia. Culturally, the Jews of Selish were Hungarian, as the territory had been controlled by Hungary until after World War I.

The Abraham family were middle class and Ashkenazi – that is, they retained traditional German-Jewish rites and customs from the western, German-inflected regions of Greater Hungary, Bohemia, and Moravia. Edith’s mother, Leah (Lena) Abraham, came from an esteemed family; her grandfather, Rav Avraham Yitzchak Gluck, was the rav of Tolcsva and author of several sefarim. Rav Gluck and his wife were both grandchildren of Rav Mordechai Benet, the chief rabbi of Moravia who was an older contemporary of the Chasam Sofer and one of the greatest gedolim in Central Europe in his day. Edith’s father, (Yonason) Binyamin, was a founding member of the Selish chapter of Mizrachi.

During World War II, Transcarpathia reverted to Hungary, and its Jews suffered the same fate as the rest of Hungarian Jewry when the Final Solution was implemented in the last year of the war. Edith was selected for slave labor and worked laying railroad ties in Latvia; only she and one older brother survived. Her parents and three younger brothers were murdered.

After liberation, Edith’s surviving brother recommended that she find her way to Fohrenwald, a displaced persons camp near Munich where there were other survivors from their locale and where Rav Yekutiel Yehuda Halberstam, the Klausenberger Rebbe, a scion of the Sanz dynasty, had begun the process of rebuilding Jewish religious life among the survivors. He began building a network of schools, seminaries and yeshivos that he called Shearis Hapleitah – “The Surviving Remnant.” One such institution was a Bais Yaakov seminary for especially advanced, capable, motivated students. The U.S. Army requisitioned a farmhouse near Passau, and 35 to 40 young women, including Edith Abraham, studied there.

The Rebbe had famously lost his wife and eleven children to the Nazis, so he and the young, orphaned survivors were drawn to one another. Stories abound of how he became a father figure to them; for instance, a young woman approached him one Erev Yom Kippur and cried to him that she wished that her father were there to give her a berachah, as he did every year on that day. The Rebbe, using a handkerchief as a barrier, placed his hands on the young woman’s head and gave her a berachah. Word spread, and soon the orphaned survivors were lined up around the Rebbe’s cabin, waiting their turn to get his berachah.

Mrs. Edith Weiss recalled, in an interview for Ginzach Kiddush Hashem in Bnei Brak, how the Rebbe would participate in every wedding at the DP camp. She specifically remembered how, as the veil was placed over the head of the kallah, the Rebbe would say, with great fervor, “Achoyseyni at heyi le-alfei revovo! Mazel tov!” (“Our sister! May you become thousands and tens of thousands!” – Bereishit 24:60) Edith herself was one of these brides, and in her case, the Rebbe’s berachah was prescient. It was at Fohrenwald that Edith married R. Moshe Weiss, a young man who was also from Selish, albeit from a Chasidic (Spinka) family.

Eventually, the Weisses obtained permission to immigrate to the United States, arriving in New York by airplane in November 1949. Six more sons were born to them in the U.S. All seven became rabbonim. Without a doubt, the best-known son is Rav Asher Zelig Weiss, the Minchas Asher, whose masterful shiurim, seforim, and piskei halachah have earned him adherents and devotees in an astonishing range of communities around the world.

Around the time of young Asher Weiss’s bar mitzvah, the family moved once again, this time to join the new community that the Klausenberger Rebbe was building in Eretz Yisrael – Kiryat Sanz, in Netanya. The Weisses became pillars of the new community and of Sanz-Klausenberg institutions. Through the pages of Yisrael Sava, a periodical published by Sanz-Klausenberg institutions containing writings from the Rebbe, Torah articles by chasidim, and news of significant events among Sanz-Klausenberg communities and institutions, it is possible to follow how new generations of the Weiss family were born, how the sons emerged as accomplished talmidei chachomim, and how the men of the family served in various capacities in communities and institutions. Additionally, although it is not reported in Yisrael Sava, the Rebbe picked Mrs. Edith Weiss to serve as the principal of a school for girls in Kiryat Sanz.

This past Yom HaShoah, our shul in Modiin screened Hidden Face, a documentary about the Klausenberger Rebbe that focuses on his experiences during the war and his efforts to rebuild in its aftermath. After the screening, Mrs. Weiss joined us via Zoom and was interviewed by Mrs. Shira Leibowitz Schmidt (who was also a great help in preparing this obituary). At the end of the interview, in my capacity as moderator, I thanked Mrs. Weiss for joining us and then thanked her for surviving, for rebuilding, for raising a family that has made immeasurable contributions to the Jewish people.

It never ceases to amaze how someone who endured such horror and tragedy as a teenager can emerge from the ashes and accomplish so much. Mrs. Edith Weiss was a superhero, and we are all in her debt. 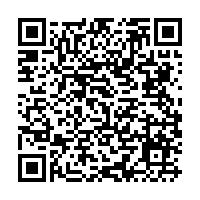