People have asked me why we chose to make aliyah to Modi’in. The truth is, we picked it off a map. When we came on our pilot trip to Israel in 2018, we checked out the city because it appeared equidistant to Yerushalayim and Tel Aviv. We thought the location would be convenient, as we would likely find future employment in one of those two cities.

Within a few days of our pilot trip to Modi’in, it became clear to us that it could easily be our future home. My son fell in love with the parks, which literally span the center of each of the city’s neighborhoods; I was impressed by the school system and its approach to absorbing dobrei anglit (English speakers); and Darchei Tzion, the shul we visited during our Shabbos stay, was teaming with young dati kids and projected a welcoming environment for new olim.


We were initially concerned that we didn’t really know anyone in the city, but my husband quickly learned that he had two cousins here, and a large group of former campers from his days as a staff member in Mosheva Ennismore live here as well.

We decided to seek a short-term rental for our first home in Modi’in. We were lucky enough to find our apartment on a website featuring posts by people who wish to rent out their apartments while they’re on sabbatical. Our apartment was the only apartment in Israel listed on the website.

(Unbelievably, the owners of our apartment returned to Israel just weeks after our aliyah, as they preferred to be in Israel during the coronavirus crisis. We’re grateful that they have honored the terms of the lease and allowed us to continue living in their home for the agreed upon period.)

As I have now endured the chaotic world of searching for long-term rentals, I can only wonder at the hashgacha pratis that led us to the large furnished garden apartment we’re currently in. I have no idea how we would have made it through this period in many of the other apartments I have since viewed.

When we dived headfirst into our second apartment search, we began by consulting the Yad2 website. Yad2 is essentially the Craigslist of Israel, and is a popular place for owners and brokers to post available rentals. However, unlike realty postings in New York, details on the site are often very sparse.

Oddly enough, a listing often only boasts a single picture, which is usually a view of the outdoors from the apartment’s porch. I once called a Yad2 poster and asked whether he could send me pictures of the apartment’s interior. He was confused by my request and explained that an apartment is just an apartment and the outdoor view is what makes a place unique.

While the view may make an apartment unique, ultimately the more practical details will be determining our choice of apartment. Is it walkable to shul? Is there space for a home office? Are there nearby parks and stores?

In our search, we have quickly learned that apartments are heavily in demand in Modi’in and decisions need to be made quickly. On at least one occasion, we have found ourselves losing out on an apartment we liked because we decided to sleep on it rather than commit to the apartment right away.

With that in mind, when we found an apartment recently that looked workable for our family, we immediately decided to proceed. A quick look at the Hebrew lease, though, made me realize we needed help. From my reading of the lease, the landlord appeared to be requesting post-dated checks for the term of the lease, as well as four signed blank checks that he could use unilaterally in the event we didn’t pay our bills. This was in addition to a security deposit and personal guarantors.

I contacted a friend of ours who is an Israeli attorney. He explained that the lease was in fact demanding all of the above and that such demands are not uncommon in Israel. He advised us, though, that we didn’t need to be a “fryer” (a naive oleh) and accept the terms since everything in Israel is subject to negotiation.

While we ultimately passed on that apartment, with the help of our friend we recently negotiated a lease for what we hope will be our new home in Modi’in. The new apartment meets our practical housing needs and also features the not required – but nonetheless appreciated – outdoor view.

Although the rental market may have been difficult to navigate, it looks like we have finally found our new home in our homeland. Time for us to make our mark on the map.

P.S. In response to last week’s column, I received many messages about where I can locate Kedem Grape Juice. One local reader even bought us a bottle! Thank you! 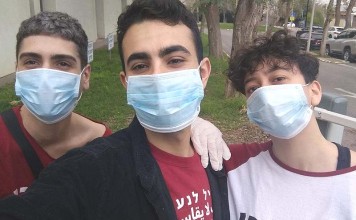 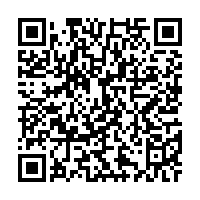