Mr. Moses sat down in his chair after completing his day’s work. He thumbed through the local newspaper and was surprised to see his name in one of the articles.

He began reading the article, and started turning livid. A competitor had written an article attacking him, referring to him in very derogatory terms and casting aspersions on his integrity.


“What chutzpah!” Mr. Moses declared. He was also concerned since the newspaper was read by many members of his shul and clients of his.

Sure enough, when Mr. Moses went to shul that Shabbos, he sensed a certain chill from people who had formerly been friendly with him. And during the following weeks, he began to see a slow but steady drop in his clientele.

When Mr. Moses confronted the writer, the latter replied, “To the best of my knowledge, what I wrote was true.”

After listening to the claims of both parties, Rabbi Dayan said, “Although a person who injures another is liable for any embarrassment he causes [bosheis], the Gemara [Bava Kamma 91a] states that a person is not liable for embarrassing someone verbally without physical contact. Nonetheless, embarrassing another is a great sin as is spreading lashon hara” [Choshen Mishpat 420:38-39].

“Some explain that verbal embarrassment is considered grama (indirect damage), which does not carry halachic legal culpability, but does require one to make amends b’dinei Shamayim. Therefore, the Shulchan Aruch writes that beis din should penalize the violator as it sees fit and pressure him to appease the victim.

“Shulchan Aruch Harav [Hilchos Nizkei Mamon #1] similarly states that harming another – whether through action or speech – is prohibited, and anyone who does harm another – even if he is legally exempt – is liable b’dinei Shamayim. His examples include truthful speech that causes unwarranted damage.

“Defaming a talmid chacham, in particular, is a most grave sin. The Rambam rules, based on the Yerushalmi, that the violator should be penalized a hefty sum of gold. This rule no longer applies, but beis din can penalize him according to the stature of the two parties [Hilchos Talmud Torah 6:12; Yoreh De’ah 243:6-7].

A number of countries, including Israel, and many U.S. states have defamation laws, which provide legal recourse for victims of defamation. Nonetheless, the laws have many exemptions, many of which are not in consonance with the halachos of lashon hara. For example, many accept the defense that the statement was true, whereas lashon hara applies even to injurious statements that are true.” 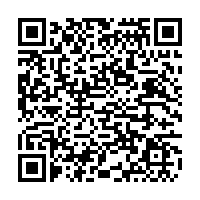