In a recently circulated audio clip, Rabbi Joseph Soloveitchik, zt”l, delivering a talk in 1958, shared his concerns about the emerging State of Israel. Rabbi Soloveitchik said, “The Jew has experienced prosecution and brutality. We never had a state, we never had political province. What if we had been a state in the Middle Ages? How would we have acted – just like the feudal lords, or would we have acted different because of Jewish values? Who knows? Now with the State of Israel, the test has come, we are facing the test, will we behave like any other state ethically? Will we restrain ourselves from engaging in certain injustices…which are in conflict with basic Judaic ethics, or will we yield to temptation?”

Rabbi Soloveitchik continued, “Here we have an opportunity, the Jews are the rulers, they legislate the laws, they are, so-to-say, the masters. Will we act like masters, or will we understand that Judaism doesn’t know the concept of master and slave, victor and vanquished, powerful and weak? This is my problem with regards to the State of Israel.


“The whole of Jewish history will be interpreted in terms of what the State of Israel will do in the next 50 years. If the State of Israel doesn’t live up to Jewish ethics, people will reinterpret Jewish history in a whole different light. The question is not whether Israel will defeat the Arabs on the field of battle… [but] whether we’ll defeat our evil within our own community and be victorious in this field? To me this is the most important problem.”

Rabbi Soloveitchik focused on the Jewish history of being oppressed by Gentile rulers. Governing brings out the worst of human nature and rulers generally oppress their people. For the first time in 1900 years, Jews have found themselves the rulers. Rabbi Soloveitchik taught that the challenge facing the Jewish people with their newfound state was whether they’d remember their history and values and become benevolent rulers over their Arab minority or forget those values and become oppressive rulers.

Seventy years later the world slanders Israel and accuses Israel of failing Rabbi Soloveitchik’s challenge and becoming oppressive rulers over their Arab minority and Palestinians. The world claims there is rampant racism practiced by Jewish Israelis against Arab Israelis. Israel’s adversaries accuse Israel of denying Palestinians freedom, treating them in apartheid like conditions and of occupying Palestinian land. Even some of Israel’s friends decry Israel’s treatment of Palestinians. They believe the narrative of the suffering Palestinian and hold Israel responsible for Palestinian suffering. They ask why Israel can’t be more flexible, offer more generous solutions and empathize with the Palestinian condition.

The accusations against Israel can be divided into two categories. First, the Jews stole Palestinian land. While Palestinian activists in America refer to the West Bank as the stolen Palestinian land, the Palestinians in the Middle East consider all the land from the River to the Sea to be Palestinian. There is no room for a Jewish State. Is Israel ruling over the West Bank, and greater Eretz Yisrael consistent with Jewish values? The Torah declares that all the land, whether it be Tel Aviv or Hebron, Jerusalem or Haifa, are all Jewish lands. Jewish values stem from the Torah. A primary Jewish value is settling our land. There is no Jewish value of abandoning Jewish ancestral land because others claim it is their land.

I wasn’t a student of Rav Soloveitchik and don’t know how he would have judged Israel’s actions today. I think an honest assessment of how Israel has governed will show Israel isn’t perfect but has governed in accordance with Jewish values. Israel has granted Arabs who stayed in Israel after 1948 full citizenship, with equal rights to Jewish Israeli citizens. Israeli Arabs have the highest standard of living of all Arabs in the Middle East, with full civil rights and health care that is the envy of most of the world. In 1967 Israel captured the Golan Heights and Judea and Samaria (West Bank). At the time, only four Arab cities in the West Bank had running water and there were few roads built. Since then, Israel has greatly improved the infrastructure of the West Bank. Palestinian population numbers, life expectancy and quality of life has greatly improved.

There’s no doubt that many Arab-Israelis and Palestinians would rather the Jewish state disappear and that they – for the first time – rule over the land from the River to the Sea. Israel’s refusal to appease those Arabs and Palestinians doesn’t make them oppressive rulers. Israel and the Jewish people have a right to rule their own land, and ruling Eretz Yisrael is consistent with Jewish values. If Rav Soloveitchik were alive today, I hope he’d be proud of how the government of Israel and its people have ruled their land. 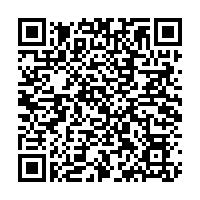