The 11 days that we experienced under the threat of Hamas rocket fire were by far the scariest eleven days of my life. In Modi’in and much of central and southern Israel, schools and non-essential businesses were shut down due to the ever present threat of rocketfire. We cancelled medical and dental appointments which we had been waiting for for months (pitfalls of socialized healthcare) and once again stayed indoors. While we had felt cooped up during our year of Corona restrictions, suddenly, everything seemed even more cramped, as our family could no longer even take our strolls outside and we were all sleeping overnight in our mamad (safe room) together.

I know I will probably be processing this experience for a while to come, but one lesson that is already apparent to me is that Israelis are amazingly tough and resilient people. I’m not even talking about the brave soldiers who left behind their families and the safety of their homes to protect us. I’m talking about the so-called “run of the mill” people who somehow found a way to live their day to day lives, even as their world was erupting in utter chaos.

Case in point, my friend Dvora. She and her family live in an apartment building in Petach Tikvah which does not have a mamad or miklat (bomb shelter). She was forced to take shelter in the building’s stairwell as the air raid sirens shrieked multiple times throughout the night and early morning. When I messaged her one day to check in after a sleepless night, I was surprised to find her at her job in Tel Aviv. She explained that the banks were open and she’d rather be at work than stay home. We can’t let them win, she explained, we have to continue living life as usual.

And this really seemed to be the mantra for the Israelis I spoke with over those long eleven days. Periods of violence unfortunately happen and while scary, life can’t be put on hold indefinitely. While you may be scared, you have to live your life as normally as possible, while taking what safety precautions you can to do it in the safest way possible.

One friend recommended making playdates, so long there is a large enough mamad to accommodate all the guests. Another suggested that I take the kids to a local park which has a public miklat across the street. And everyone suggested I stopped constantly reading the news- nothing good could come from it. The only thing I really needed to hear was the air siren, everything else was unnecessary “noise.”

But beyond just continuing to live life as usual, it was amazing to me how Israelis looked beyond their own immediate lives and continued to invest themselves in the larger community. Shuls temporarily moved into local schools to ensure that they had enough spaces in the miklat for the congregants. They even hosted all night learning programs on Shavuot! Our shul, Kehilat Darchei Tzion ran Tefilat Yeladim over Zoom for the kids, as well as various chessed projects- such as a letter writing campaign to support families suffering through the unrest in Lod. Volunteers of the Yedidim organization, usually best known for helping people when they get locked out of their cars, became mamad repairmen, and traveled around the city ensuring that the windows and doors were in working order. And while people were avoiding trips to the grocery store to buy food for their own family, no one hesitated to sign up right away to provide Mommy Meals for new moms in the communities.

During this trying time, the Israelis really lived up to their sabra reputation. While they are thick skinned enough to handle any threat, inside they are all heart.

Days into the ceasefire, I’m still jumpy. Walking my daughter home from gan, I find myself scanning the streets for the nearest shelter in case it is needed. While I pray that we are blessed with peaceful times ahead and no need to develop the thick Israeli skin, I certainly have been inspired to find more ways to embrace the caring Israeli heart. Especially in the face of the rise of anti-Semitism worldwide, I think we all could probably use a little more ahavat chinam in our lives. 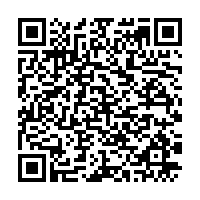