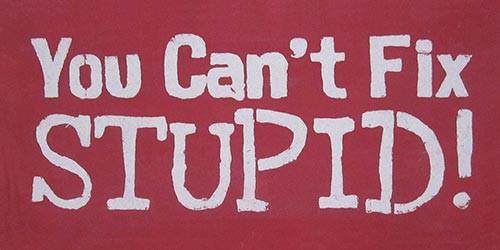 Being anti-Israel doesn’t have to mean you are stupid. But, it does mean, for fairness’ sake, that you’ve evaluated the true situation and decided to be against the Jewish state. As there are no perfect countries in this world, Israel is not perfect either. Clearly, if you are against democracy, Israel should be among the top countries in the world to hate. And, if you are against medical advancements, solar energy, cellular communication or sunshine, Israel would be a country to hate.

As an Israeli, I’m proud to be invited to speak in a number of conferences around the world. I love it, love meeting people, love traveling, love representing Israel in some small way. With the onset of corona, conferences in my industry (like most), have moved online and so, in two weeks, I will again be speaking to an international audience.


Preparation includes a dry run meeting where speakers gather in small groups to get a look at the conference platform. Yesterday’s dry run featured speakers from Israel (me), Germany and the US. As I arrived first, I had the opportunity to speak with the organizer for a few minutes. Then, a pleasant man from Germany joined, and finally, a woman from the US.

At first, I was stunned into silence as I stared at her image on the screen. A woman, a colorful background to the right and a stark white wall with a sign on the left. Her name appeared at the bottom of the screen but what I focused on, as was her intent, was the sign prominently placed on the left.

Honestly, I don’t know if she recognized my name, looked me up, or perhaps was unaware that I was from Israel. The more I think about her smirk, however, the less likely that seems. Through much of the organizer’s explanations, I was unable to concentrate. Something told me that I had to capture the moment, and so I did.

In this professional meeting, her imposing her political views was utterly unprofessionalism. In this setting, my political views and nationality are irrelevant, and so was her clear anti-Israel stand. On my wall behind me was a plain green screen and behind that, a china cabinet filled with dust. On her wall behind her was a political message of false accusations and a fake narrative. More, this was an example of simple stupidity. If you’re going to be anti-Israel, at least have the decency to come up with something real and don’t be stupid about it.

Clearly, her deliberately posting this sign where she knew others would see it, shows she feels that Israel was “colonizing Gaza”. And somehow, by placing this sign on her wall in Seattle, Washington, she somehow thinks she can miraculously affect Israel’s “colonization” of Gaza.

As I decided to maintain my professionalism, despite her failure to do so, here’s what I didn’t say:

In our profession, we require precision, accuracy, and intelligence. Your wall shows none of these. If you want to be anti-Israel, that’s fine, but don’t be stupid. “Stop Colonizing Gaza”? Let’s look at some facts and note that unlike this woman, I am citing my sources.  World organizations estimate the population of Gaza to be around 2 million people. According to the CIA World Factbook, Gaza’s population consists of “99.8 percent Sunni Muslim and 0.2 percent Christian”.

And, according to Oxford’s definition of colonization, colonizing is “the act or process of settling among and establishing control over the indigenous people of an area” or, “the act of appropriating a place or domain for one’s own use.”

What’s not written in the CIA World Factbook is that there are in fact, four Israelis in Gaza. Once, there were 10,000, but Israel voluntarily and unilaterally removed those people, which would, by definition, be the opposite of colonizing. Of the four Israelis, one is an Arab, another is a mentally-challenged Ethiopian Jew who somehow stumbled across the border. Sadly, we can only assume he made a mistake and got lost.

Finally, to round out the full list of Israel’s colonizing forces in Gaza, there are the remains of two dead Israeli soldiers.

Ironically, the most apt word to describe the situation for two-thirds of the Jewish population of Gaza comes from Arabic (who knew?).

As ghouls do, Hamas terrorists grabbed the bodies of our two soldiers – Oren Shaul (z”l) and Hadar Goldin (z”l) – and kept them for 7 years tormenting their families and attempting to blackmail the Israeli government. These four souls, out of 2 million, form the basis and only justification for her claim that Israel is colonizing Gaza and her demand that we stop.

Perhaps, on that note, I could encourage Gaza to cut the colonization force by releasing the two Israeli prisoners and returning the bodies of our precious soldiers to their mourning families. Maybe the fool in Seattle would be willing to help us achieve the very goal her wall demands?

As only an anti-Israel person would attempt to make such a claim, logic is unlikely to persuade her that two dead soldiers, a mentally ill man and one other, a co-religionist no less, can’t possibly be colonizing anything. Ultimately, her smirk and need to come to a professional meeting with this nonsense on her wall, truly defines much of the anti-Israel world. Inaccurate. Inappropriate. Unprofessional. Wildly ignorant. At very least, her endless smirking suggests an antagonistic and perhaps, to some extent, unstable personality. This makes me grateful that she lives in distant Seattle and not anywhere near the Middle East. .

Long ago, I became a believer in the “You can’t fix stupid” movement. Intelligence is not something that you can control. It is an innate part of your being. Stupidity, however, can be cured by education. So, what it comes down to is accepting that some people don’t want to be educated. Some refuse to see Israel as it really is.

Repeatedly, Palestinians lie about how many people were killed or injured. Remember the wild claims of the “Battle of Jenin” where they claimed over five thousand dead? Not surprisingly, in the end, a United Nations investigations aligned exactly with Israel’s initial estimate of 52 dead.

You don’t have to be stupid to be anti-Israel, but apparently, it helps tremendously. So where does all this leave us? Liars in Gaza, an idiot in Seattle, and anti-Israel protests used to hide the true reason why so many hate Israel? It leaves us where we have always been. Years ago, my Rabbi and friend wrote an article titled, The Antidote to all the Israel Hatred in the World. Definitely worth reading in its entirety, but what he wrote helps:

Haters are going to hate. And yes, I do take it personally, both as a Jew and as an Israeli. And I have been thinking about this a lot lately. Yet, there is one thing that does bring me comfort. There is one thing that does indeed overshadow all of the hate of the enemies of Israel…and that is that G-d loves the Jewish People and the special Land given to them, the Land of Israel.

I have to believe. Truth will beat the lies; intelligence will defeat the stupid. Those willing to see will enlighten the blind. Someday. 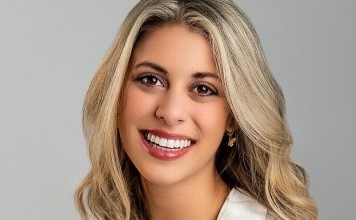