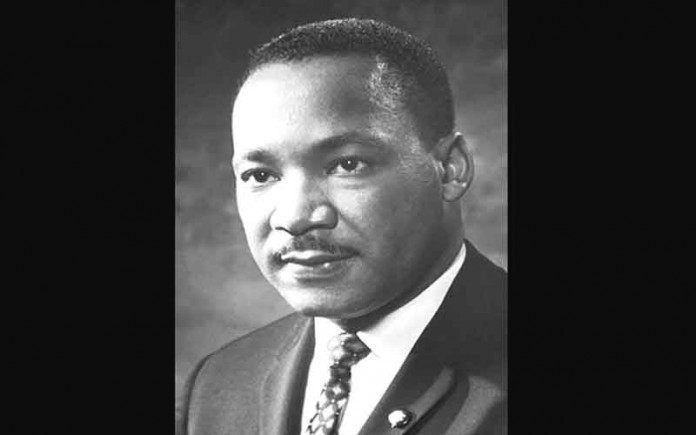 At 6:01 p.m. on April 4, 1968, Martin Luther King Jr. was assassinated while standing on the balcony of the Lorraine Motel in Memphis, Tennessee. The night before, he had delivered what was to become one of his most famous speeches: “I’ve been to the Mountaintop,” which recalled the journey of Moses as he led the Jewish people to the land and the hope that Hashem had prepared for them.

“Well, I don’t know what will happen now,” King told an audience of Memphis sanitation workers going on strike. “We’ve got some difficult days ahead. But it doesn’t matter with me now. Because I’ve been to the mountaintop. And I don’t mind. Like anybody, I would like to live a long life. Longevity has its place. But I’m not concerned about that now. I just want to do [G-d’s] will. And He’s allowed me to go up to the mountain. And I’ve looked over. And I’ve seen the promised land. I may not get there with you. But I want you to know tonight, that we, as a people, will get to the promised land.”


While he championed the cause of African Americans struggling for equality, his message resonated with struggling and oppressed people all over the world. Martin Luther King Jr. was a strong advocate for the Jewish community in America and in Israel, and in a 1967 interview he said, “…the whole world must see that Israel must exist and has the right to exist, and is one of the great outposts of democracy in the world.”

He was a hero and a source of inspiration to the Russian Jews being persecuted under the Soviet regime in the 1960s, who fashioned their eventually successful uprising upon the activist model Martin Luther King Jr. developed in America. “The Soviets started publishing information about the struggle of Martin Luther King to show us how bad it was in America,” said Josef Mendolevich, a Russian refusenik who spent 11 years in a Russian prison for an activist plot gone wrong, but which would eventually lead to the granted migration of over 250,000 Jews out of Russia. “We interpreted what was happening in America differently than the Soviets intended,” Mendolevich told The Jewish Press. “People in America fighting for human rights was a signal to us that we could fight too. It was possible.”

As a young Jewish woman in college, Lois Frank had no idea what destiny had in store for her in the struggle for civil rights. “I was a student at Emory University,” Frank said in a recent interview. “It was an all-white, small co-ed school in Atlanta. And there was absolutely no activism in the area of civil rights,” she said. Living in St. Petersburg, Florida, at the time, whenever she would return home from school, her friends – who had enrolled in big prestigious colleges in the North – would ask her, “What’s going on with this civil rights movement?”

“I didn’t know anything about it even though I was living right here in the center of everything in Atlanta,” she told The Jewish Press. After she returned to Emory she made a call to the Southern Christian Leadership Conference (SCLC), Martin Luther King Jr.’s umbrella organization, and asked if she could volunteer and do something. They directed her to the Student Nonviolent Coordinating Committee (SNCC) office, which was run by a young John Lewis.

In 1963 Frank chaired the Emory College Student Colloquium Committee, which brought interesting speakers to the campus. “I called the SClC and asked if Dr. King could come and speak at Emory, and his secretary said yes,” Frank remembered. “And it was a surprise. I picked him up in my little Volkswagen, he and his wife Coretta.”

So in May of 1962 Frank brought King and his wife back to the Emory campus, and when they got out of the car, she said, there must have been a thousand students and faculty members standing out on the lawn who had come out to hear him. “We couldn’t fit in the room we were assigned. The room only held 30 people.” King began speaking on the steps and then moved inside to the atrium of the building.

“Today I can’t tell you what his speech was,” Frank said, “but I can tell you, I was blown away. It was the most erudite speech, filled with art and music and philosophy and theology and everything that I cared about, and he brought it together in this message about justice and freedom, democracy, morality, everything that really spoke to my heart and I think it did to everyone there.” Frank’s story and the sheer number of attendees is confirmed by an issue of the student newspaper.

Someone else had the privilege of taking Martin Luther King Jr. and his wife home, but the impression on Frank was already made. She decided to do her graduate work at what is now Clark Atlanta University, an all-black graduate college in association with Spellman and Morehouse Colleges.

Years earlier, on October 12, 1958, a prominent synagogue in midtown Atlanta, was bombed by white supremacists in what was thought to be a retaliation for the close relationship King had with the synagogue’s leader, Rabbi Jacob Rothschild. The bomb, which was placed at The Temple’s northern entrance, was made of fifty sticks of dynamite and caused, by today’s standards, millions of dollars in damages. Thankfully, no one was hurt.

Kehillat Gemilat Chesed (The Hebrew Benevolent Congregation), now simply known as “The Temple” was once the only synagogue in Atlanta. “The Temple was originally started to handle burial society issues for the indigent and to take care of the needs of the community,” The Temple’s Senior Rabbi Peter S. Berg told The Jewish Press. “When Rabbi Rothschild came to the congregation, he came from Pittsburg and he was absolutely astonished at what he saw in regards to segregation in Atlanta. And he immediately began taking up the cause of racial justice and integration and became a very strong leader in the city and in the south on those issues.”

Berg said Rothschild and his wife Jeanine became close friends with King and his wife Coretta, and that even after the bombing Rothschild was not deterred. “He gave a sermon that morning and the following Shabbat. The title was ‘And None Shall Make Them Afraid.’”

A couple years after the bombing, Martin Luther King Jr. was awarded the Nobel Peace Prize. “Rabbi Rothschild and some other clergy got together and along with Coca-Cola, Atlanta’s biggest employer (who said ‘it was very important to them that Dr. King be honored’), and [they organized] a dinner to honor him.” Berg said the dinner, which was held at the Dinkler Hotel, was the first time blacks and whites sat together in a hotel ballroom. “Rabbi Rothschild presented the gift to Dr. King on behalf of the city of Atlanta.”

Lois Frank now lives in Atlanta and over the years has served in many social justice roles, such as national chairman of the Jewish Council for Public Affairs and chair to the Atlanta Chapter of the American Jewish Committee. She believes Martin Luther King Jr. and the fight for social justice should speak to modern-day Jews as well.

“I think it is part of the DNA of our people. The Torah is full of it, loving the stranger and justice. Today we need to speak out. At Emory we had no idea there was a student interest in the issue of civil rights. It had to be brought to them and then they were like, yeah, this is something that we are interested in. I think today maybe people are reluctant to stand up for something they believe in – but when you do you’ll find out there are a lot of people out there who agree with you.”

“There are Hitlers loose in America today, both in high and low places. As the tensions and bewilderment of economic problems become more severe, history’s scapegoats, the Jews, will be joined by new scapegoats, (the Blacks). The Hitlers will seek to divert people’s minds and turn their frustrations and anger to the helpless, to the outnumbered. Then whether (the Black and the Jew) shall live in peace will depend upon how firmly they resist, how effectively they reach the minds of the decent Americans to halt this deadly diversion.” Martin Luther King, Jr., speaking at the National Biennial Convention of the American Jewish Congress on May 14, 1958.