The 20th of Kislev marked the 40th anniversary of the passing of Rav Yitzchok Hutner (1906-1980), the great rosh yeshiva of Yeshiva Rabbi Chaim Berlin. My late father, Rabbi Moshe Homnick (1931-2020), who passed away from the novel coronavirus in April, was his student beginning in 1946.

When I was six or seven, as my father and I were preparing to cross Linden Boulevard in the East Flatbush section of Brooklyn on a Shabbos morning, I asked him, “Is Rav Hutner your rebbe?” He stood very still and tears welled up in his eyes. He answered, “I hope someday he will be your rebbe too.” This answer instilled within me a desire to learn under Rav Hutner and fulfill my father’s dream.


At the time, we lived across the street from “the rosh yeshiva,” as we usually referred to him. There were 26 sukkahs at one point on the two facing sides of Rockaway Parkway, between Avenue B and Ditmas Avenue, with 80 percent of those representing families of Rav Hutner’s students, who had moved there to live in his proximity.

We moved there in 1963, when I was five years old. On Shabbos we had a special minyan housed in the basement of Rabbi Zevulun Liebb, where Rav Hutner would join us for leining and Mussaf. We were told that he davened Shacharis at sunrise (vasikin) as per the custom of righteous Jews.

Being in this elite group was a unique experience although I don’t have particular memories from that time. My father told me one year Rav Hutner made an announcement before the keriah of Parshas Vayeshev. Rashi writes that someone in Heaven complained that Yaakov was leading too calm a life: “Isn’t it enough for righteous people to enjoy what awaits them in the Next World?”

Some texts record that Hashem made this statement, while other attribute it to Satan. Rav Hutner said the correct version must be “Satan,” because if it were “Hashem,” transcribers would never have erred and replaced “Hashem” with “Satan.” Interestingly, Rav Hutner’s yahrzeit falls out on the week of Parshas Vayeshev.

Rav Hutner spent yamim tovim in yeshiva, not at home. As a true student, my father would pick up our entire family and transport it to yeshiva for Yom Tov. Sometimes we stayed at a neighboring apartment, sometimes in the yeshiva dormitory. When I was nine years old, we stayed there for Shavuos, and my father allowed me to learn in the beis midrash until about midnight.

The rosh yeshiva called me to his table and asked what I was learning in school. I told him the first perek of Bava Kamma. “Excellent,” he said. “Prepare to be quizzed on the second day of Yom Tov.”

I frantically studied for the next day and a half, fearful of this unscheduled exam. I was a nervous wreck when I approached his table in the beis midrash on the second afternoon. He jumped right in and began to “test” me.

“The Mishnah says there are four ‘Fathers of Damages.’ But don’t we have a rule in Gemara Berachos 17a that we only have three fathers and no more?”

“Well,” I stammered. “These are not actually fathers. They just represent different categories of damages which a property owner is responsible for.”

He plowed on, unfazed. “And how can there be fathers without mothers? We know the Jewish people has three fathers and four mothers. It would be impossible to have our nation without mothers!”

At that point, I was in on the joke and I just played along. I understood that he had wanted me to learn hard over Yom Tov, but he never intended to give me a hard time. He finally got around to asking one serious question – about the idea that one who digs an open ditch in a public thoroughfare is treated as a responsible “owner” of the menace, although the ditch is situated in communal property. I managed to get that one wrong.

Later I heard a similar story from Rabbi Moshe Ebstein, founder of Jewish Institute for the Deaf, about how Rav Hutner quizzed him on Bava Metzia. He asked: “If the Mishnah says we split the tallis between the two disputants, what can each of them do with half a tallis?”

Young Moshe did not yet know that the tallis is not actually cut in half but is sold and the money divided. Rav Hutner answered for the stymied youngster: “You can use it for Baruch She’Amar!”

At that point, the poor kid realized it was an elaborate jest. All in all, I learned to appreciate this technique of inspiring a youngster to study for a difficult test and then let him off the hook with a light-hearted quip at the end of the process.

When I was 11 years old, my father would take me to the public Torah addresses (“maamarim”) Rav Hutner delivered each night of Chol Hamoed in the sukkah, interspersed with short bursts of song. At the end of the event, the crowd would pull back to open a path for Rav Hutner to walk out of the sukkah.

One such night, he suddenly turned halfway to the door and crooked a finger at me to come to him. When I was halfway there, he put up a hand to stop me and said, “No, we’ll talk later.” This time my apprehension was compounded by the fact that all of Rav Hutner’s major students approached me one by one to ask what was going on, and I had to turn them all away by convincing them of my utter perplexity.

I truly did not have the slightest inkling what he could possibly want from me that would occasion his summoning me as he departed a crowd of several hundred students and audience members.

When I finally did get to talk to him a few days later, he berated me for smoking. Some goofy classmate of mine had sneaked a smoke from somewhere and invited me out onto a dark Flatbush street to share a few puffs of the contraband. Some do-gooder in the neighborhood had informed on us to Rav Hutner and he chose to embroil me in a dramatic but mysterious scene as a set-up for the eventual confrontation.

The result was that I never smoked again. Even as close friends grappled with the temptation, I was untroubled, having been immunized by this great teacher of our generation who doubled as a surrogate grandfather for the children of his students.

Later I did become his student in Torah, but in deciding to share memories with readers on the rebbe’s yahrzeit, this tender but edifying side of him is what came to mind. May his memory be a blessing, and may we always be worthy of being called his talmidim. 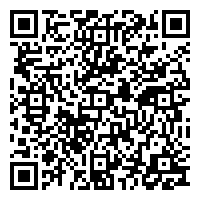