On May 2 a group of Israeli yeshiva students were waiting to get a ride at the Tapuach intersection when a Palestinian terrorist, Muntasir Shalabi, opened fire at the students, killing Yehuda Guetta and wounding two other teens, one of them seriously.


The United States condemned the house demolition. In a statement released by the American Embassy in Jerusalem they said, “As we stated numerous times, the home of an entire family should not be demolished for the actions of one individual. We believe it is critical for all parties to refrain from unilateral steps that exacerbate tensions and undercut efforts to advance a negotiated two-state solution, this certainly includes the punitive demolition of Palestinian homes.”

An official statement from Prime Minister Naftali Bennett’s office said, “The Prime Minister appreciates and respects the American administration. At the same time, he acts solely in accordance with the security considerations of the State of Israel and the protection of Israeli citizens’ lives.”

Israel’s critics regularly claim house demolitions violate international law because they are collective punishment against a terrorist’s family. The Israeli Supreme Court agreed with the Israeli government that the necessity to provide a deterrent against future terrorist attacks outweighed the collateral damage terrorist relatives might suffer.

But do house demolitions really add to Israeli’s security?

Any attempt to answer the question is speculative. Israel’s security services claim house demolitions aren’t a form of punishment, but rather a deterrent. When a Palestinian terrorist plans an attack, they take a cost/benefit analysis. If the costs – making their family homeless – is greater than the benefit of killing innocent Israeli children, the Palestinian won’t attack. The Israeli government points to incidents of Palestinian family members trying to save their house by turning their own family members in to the Israeli army before carrying out a terrorist as one proof that house demolitions are effective deterrents to terrorist attacks.

Israel’s security policies to counter terror are multi-faceted. Individually, no one policy can be proven to prevent attacks. Palestinians and their advocates love repeating the line that house demolitions don’t deter attacks on their own. The answer to such claims is that house demolitions together with other policies combine to create a terror shield.

There is no way of definitively proving whether house demolitions are effective deterrents to Palestinian terror attacks or encourage more attacks. Any study to prove either side of the argument would require terrorists honestly explaining why they stopped or committed attacks. Such a study is impossible to conduct because would-be terrorists are never going to admit to having planned an attack. Given the likelihood that house demolitions have stopped attacks in the past, Israel should continue to demolish houses. Even if a house demolition has only a slight chance of having one more terrorist reconsider a planned attack or encourages a family member to inform on a planned attack, the policy is worth it.

Any claim that Israel is to blame for its policies needs to be balanced with the awareness that the situation of creating a multi-faceted security blanket against attacks – unseen elsewhere in the world – isn’t due to Israeli aggression but rather to a culture of violence and terrorism that permeates Palestinian communities. If not for the wide support terrorism receives in Palestinian areas, Israel wouldn’t be forced to take such wide-reaching efforts to stop terror. The Palestinian Authority – with its payments to terrorists, its policy of honoring terrorists and culture of praising terrorists – can stop Palestinian terror. It has demonstrated that terrorism – what it calls resistance – serves its purposes. 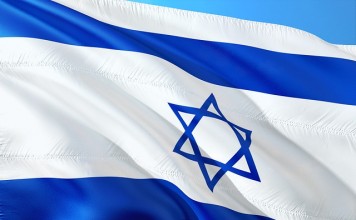 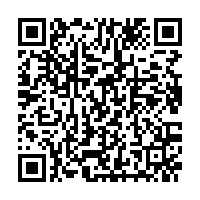