Congresswoman Nicole Malliotakis (R-Southern Brooklyn, Staten Island) joined a congressional delegation to Jerusalem in July in what was the first overseas congressional visit since the beginning of the Covid-19 pandemic.

“We all felt it was very important to make this decision in meeting the new Israeli government a priority,” Malliotakis said. “It was the first trip since the conflict, also since the new government was established, and we felt it was very important to reaffirm our commitment as an important strategic ally in Israel and just to further strengthen that relationship going forward. It continues to be a very strong relationship, whether it’s military or economics or innovation perspective, trade, it’s always been a very strong, important ally and we’re just going to continue to work to further that relationship.”


Malliotakis is currently the only Republican member representing New York City in Congress. Her political career began in the early 2000’s when she worked as a community liaison for late New York State Senator John J. Marchi and former Governor of New York, George Pataki. She ran for mayor of New York City in 2017, but lost to Bill de Blasio. Born in 1980 to immigrant parents – a Cuban mother and Greek father – she was raised Greek Orthodox. Her mother was a Cuban exile under the communist Castro regime.

Malliotakis is a staunch supporter of Israel and the Jewish community. She told the Jewish Press, “Anti-Semitism is a concern of mine and I’ve been very outspoken against these crimes that have taken place against Jewish people.”

At a press conference with New York City Councilman Kalman Yeger at Yeshivah of Flatbush, where they condemned recent anti-Semitic attacks, Malliotakis stated, “One of my concerns has always been, with the rise of social media, the way that people are just loosely using these terms, calling elected officials they don’t like, ‘Hitler,’ calling people Nazis and using these words so loosely. When Alexandria Ocasio-Cortez compared the crisis at the southern border to a concentration camp, it diminishes the meaning of those terms, and that’s not something we should ever be doing. We have to make sure that we never diminish what has occurred in our history and the genocide that took place.”

On June 11, Malliotakis wrote a letter to Speaker of the House of Representatives Nancy Pelosi and Majority Leader Steny Hoyer, calling for representative Ilhan Omar to be removed from the House Foreign Affairs Committee after she compared the United States and Israel to terrorist organizations like Hamas and the Taliban during a committee hearing.

“I’ve been very vocal and strong about Ilhan Omar…she didn’t go on this trip, which I think is important to note because she would have almost served as an embarrassment; somebody that is anti-Israel, anti-Semitic, anti-American,” Malliotakis said.

During their trip to Israel, Malliotakis and the other U.S. elected officials met with Prime Minister Naftali Bennett, Foreign Minister Yair Lapid and Defense Minister Benny Gantz, who she reported “made it very clear that they are opposed to the United States reentering the Iran deal, which is a sentiment that I share.” Iran’s sponsorship of terrorism was another major issue they addressed.

Malliotakis described the Israel leaders, and Republican and Democratic U.S. representatives, as all being extremely supportive of the Abraham Accords. They believe that Oman, Indonesia and Saudi Arabia are countries that present the best future opportunities to continue to build upon the agreements of the accords. She explained that the Abraham Accords isolated Iran because “Iran doesn’t want these Arab-Muslim countries doing business with Israel.”

Malliotakis and the other representatives attended a July 4 celebration held at the U.S. embassy in Jerusalem. They also went to the Western Wall, and she described having the opportunity to pray there as “very moving.” Afterwards, they went to Qatar for two days, where they echoed the same concern that was brought up to the Palestinian Authority – that money given to help fund Gaza could wind up going to Hamas and to families of terrorists. Both the PA and Qatar denied that this was happening.

Malliotakis also met with King Abdullah of Jordan in Washington, D.C., after Jordan had been attached by Iranian-mde drones. Abdullah told CNN, “What misses Israel sometimes lands in Jordan.” Malliotakis explained, “Many of the countries, particularly those who have relations with Israel, are concerned about Iran having a nuclear weapon because that can affect the entire region.” 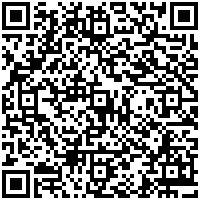