Rav Moshe Dovid Tendler was born in August 1926 on Manhattan’s Lower East Side to Rabbi Isaac and Bella Tendler. The senior Rabbi Tendler was the rav of the prestigious Kaminetzer Shul and a R”M at Yeshiva Rabbi Jacob Joseph (RJJ). The young Moshe Dovid received his early education at RJJ. He subsequently attended Yeshiva University High School for Boys (MTA) and learned at RIETS for eight years. He was an early talmid muvhak of Rav Yosef Dov Soloveitchik. Rabbi Tendler simultaneously attended New York University where he received his Bachelors and Masters degrees in biology. He subsequently earned a PhD in microbiology from Columbia University. During his post-doctoral work at Columbia, Rabbi Tendler almost discovered a cure for cancer.

In 1948, Rabbi Tendler married Shifra Feinstein, daughter of the renowned posek Rav Moshe Feinstein. Rav Tendler had a close relationship with his father-in-law, whom he revered. Rav Feinstein was the world’s foremost halachic authority during the four decades following World War II. Rabbi Yosef Blau, mashgiach ruchani at RIETS, spoke to The Jewish Press about the significance of this association. “Rav Tendler was critical for all of Rav Moshe’s responsa on issues of medical halacha. He provided his father-in-law with the scientific and medical information necessary for the latter to issue teshuvos in this new field. Rav Moshe trusted his son-in-law. ”

In the early 1950s, Rav Tendler became the first American-born rebbi in the Yeshivas Rabbeinu Yitzchak Elchanan. Rav Hershel Schachter, rosh reshivah at RIETS, was a student of Rav Tendler’s at MTA over 65 years ago. That year Rabbi Tendler taught his high school students 40 dafim of Gemara with Tosafos. He also taught them the traditions in paskening halacha. His examinations were formidable.

Rabbi Tendler continued to be promoted and was eventually appointed to be one of the roshei yeshiva at RIETS, a position he held until his passing. Rabbi Menachem Penner, dean of RIETS, told The Jewish Press, “Rabbi Dr. Tendler lived to teach Torah. While he may be best remembered for his brilliance and the vast breadth of his knowledge, what his students, especially those of his later years, will remember is the immense passion he brought for transmitting Torah to others.”

At the same time, Rabbi Tendler was appointed as an instructor of biology at Yeshiva College. Eventually, Dr. Tendler became a tenured professor of Biology and chaired the Biology Department for decades. Every Yeshiva College student who majored in science or pre-med was required to take Professor Tendler’s Introduction to Biology course. Dr. Alan Weissman was a YC student in the 1980s. He told The Jewish Press, “Rabbi Tendler was an extremely demanding professor who insisted the students master a tremendous amount of material.”

Rav Tendler dedicated over 75 years of his life to RIETS/YU. He was, in the words of Rabbi Blau, “A man who epitomized Torah Umadda (Torah and Science), the values upon which Yeshiva University is based. He was both a genuine talmid chacham and a well respected scientist.”

Rabbi Hershel Schachter told The Jewish Press that this combination led Rabbi Tendler to have a great impact on the world Jewish scene. “Decades ago, the Orthodox got no respect. There was this sense that modern science contradicted the Torah. Rav Tendler made a huge Kiddush Hashem by disproving that notion. He would give an annual lecture to Yeshiva College students on how the theory of evolution does not negate the Torah. He would also lecture around the world on this topic.”

Rabbi Tendler, who was also a professor of Jewish Medical Ethics at YU, was a seminal figure in the burgeoning field of medical halacha. He lectured widely and published dozens of articles on topics such as brain death, organ donation, fertility procedures, metzitzah b’peh and stem cell research. Rav Tendler co-authored a textbook of Jewish responsa to medical issues and authored an English translation of some of Rav Moshe Feinstein’s key medical teshuvos.

During the past several decades, Rabbi Tendler was also an important posek in the Orthodox community regarding medical halacha, dealing with hundreds of questions in this area each year. A rabbi, who wishes to remain anonymous, told The Jewish Press that two decades ago, he and his wife were confronting an infertility diagnosis, with specialists offering different confusing treatment options. “I called Rabbi Tendler, who did not know me, and he agreed to meet with us the next day to discuss the relevant halachos. The rav asked us to bring our medical histories. When we came over to his house, Rabbi Tendler thoroughly read our medical charts and clearly and patiently explained to us the different diagnoses and treatment options. He then gave us halachic guidance regarding the different solutions. I cannot emphasize what a sense of relief we felt due to Rav Tendler.”

The Tendlers started out their married life in the Manhattan neighborhood of Washington Heights. As the family grew, in 1960 they moved to suburban Monsey. In 1966, Rabbi Tendler was chosen to be the first rav of the small fledgling Community Synagogue of Monsey (CSM). Rabbi Tendler refused to take any salary and accepted on the condition that his first obligation be to the Yeshiva. Rabbi Tendler had a major impact upon his congregants and under his leadership the shul grew to 250 member families.

Rabbi Yona Reiss, Av Beth Din, Chicago Rabbinical Council, grew up in Rabbi Tendler’s shul. As he told The Jewish Press, “ CSM was a large shul filled to capacity where Rav Tendler had an authoritative commanding presence and for whom we had the greatest reverence. He was a forceful and eloquent speaker who answered all our halachic questions. Rabbi Tendler also took a personal interest in his congregants and was a tremendous baal chesed.”

Rabbi Aron Tendler told The Jewish Press, “My father had a love for people and capacity to care for anyone who needed his help. He combined a tireless hasmadah in learning all things with a fearless determination to know the truth.”

The younger Rabbi Tendler continued, “My father should be remembered for being a talmid chacham who proved in word and deed that science and Torah are one and the same and as someone who was mekadesh Shaim Shamayim.” 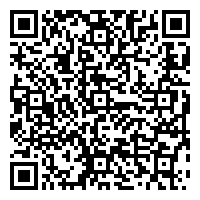