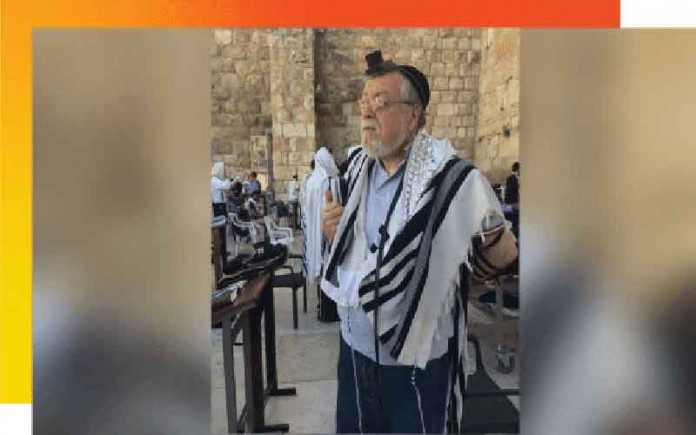 
My father was born in the Bronx. As he lost his father at age 11, his mother was a major guiding force in his life. I couldn’t help but think during the funeral that now that my father had passed, he was seeing his dad for the first time since before his bar mitzvah. My father’s mother, even as a widow, had a tremendous connection to the many rabbis that lived in the Bronx in the sixties. It was this influence that led my father to want to become a pulpit rabbi.

After their marriage, my parents moved to Brantford, Ontario, where my father assumed the position of rabbi. Brantford was a small town in Canada with one Orthodox shul. (Brantford is better known as the home of Wayne Gretzky.) It is there that my father started to learn how to be both a friend and a spiritual mentor to those in his flock. When I was very young, it was time for me to attend Jewish day school so my parents moved back to the U.S.

My father started to look for a proper synagogue to lead. He was sent to the Ocean Avenue Jewish Center (OAJC) in Flatbush, Brooklyn as a young, 28-year-old, last-minute candidate to complete a search. He was not expected to get the job but the older search committee members fell in love with his youthful passion. Thus he began an extremely successful career in the OAJC. I have spent the last month thinking about why he was so successful and I want to share some parts of his philosophy.

My father believed in putting youth to work. He had a never-ending list of jobs he would give them to do. If you were within range of his bima, he would call you over and send you on some errand for him. When it came time to prepare the synagogue for the High Holidays, he would enlist the youth to change the curtains on the Ark and switch the prayer books. They would be the ones enlisted to set up for Kiddush and seudot shlisheet. He was training the next generation that service of the Almighty means rolling up your sleeves.

Generally, Yom Kippur is a time for adults. The major honors are traditionally given to wealthy or prominent individuals. My father would take one of the most prestigious honors of maftir Yona for himself, and then he would share it. Every young adult in the shul would receive a letter before Yom Kippur giving them a few verses to say from maftir Yona. While my father would chant the beginning and ending blessings, all of the youth of the synagogue would take turns reading on the holiest day of the year. He was honoring the future of the Jewish people by sending them a message that they were the most important members of our nation.

My father had an amazing ability to speak to anyone about anything. No matter how old or young, he could connect. He would come to services thirty minutes early and spend time speaking to the congregants. Many of them were older and didn’t have family. There was no need to make an appointment to see him. You knew you could just come before services and he would be happy to talk. It wasn’t limited to his shul. So many local store owners and bank tellers were broken to hear of my father’s death. He engaged all of them in conversation and was a confidante to many neighborhood non-Jews!

My father believed in community. He knew every politician in the community personally. He spent a tremendous amount of time with the NYPD before the holidays making sure they knew how to best protect the Jewish community. At my dad’s funeral in Brooklyn, I thanked the police who had closed off part of the street for us to follow my father after we left the shul. The community affairs officers told me how broken they were by his death. They truly loved him and considered him a friend. So many times people from other congregations would seek him out to deal with issues affecting the greater Jewish community. He always rose to the occasion and did what was right rather than what may have personally helped him in his career.

His love of the greater community brought him to take a position as executive director of the Vaad HaRabonim of Flatbush. This is an organization of rabbis that oversees kashrus, chevra kaddisha (burial matters), and Beis Din for the greater Brooklyn community. My father was an incredibly organized person and felt a responsibility for these aspects that are so crucial to any Jewish community. He loved fellow rabbis and this gave him an outlet to work with so many diverse rabbis of all ages and backgrounds.

What always amazed me was his ability to be happy in doing the things he did. He had many job offers over the years. Many encouraged him to run for political office. He found his happiness in serving his congregation and his Master above. The only thing which drew him away was Israel. He loved Israel with a burning passion. My parents had an apartment in Ramat Beit Shemesh and would always go there for vacation. My father was very close with Lev HaTorah, the yeshiva where my brother-in-law, Rabbi Jake Vidomlanski, taught. Every year my parents would sponsor the Yom Ha’atzmaot (Israeli Independence Day) celebration and they would try to be in Israel to celebrate with the yeshiva. My father liked to point out that he and the State of Israel were born in the same year.

My father got very sick with Covid and went into the hospital last Chanuka, transferred to rehab on Purim, and came home on Shavuos. Thankfully, he survived and was getting stronger over the last few months. He began to attend his synagogue again, but from a wheelchair, as he needed to regain balance and strength in his muscles. Finally, it was time for Rosh HaShana and, as always, my father prepared two folders. One for the first day with his sermon and all his papers and one for the second. As I have blown shofar in his shul since I was 14, I was there with my family like every other year. We came to shul that morning and he wanted to go up to the bima. For the first time since before Chanuka, he climbed the stairs and sat in his rabbinical chair. With a loud and strong voice, he gave a sermon from his podium just as he had for so many years.

At the time, none of us knew that this would be his final full day on earth. The Almighty granted him one full day to minister to his beloved congregation as he had lived his life. My father was a soldier in the service of Hashem and he was granted permission to stand at his post one last time by his beloved General. I am forever grateful to the Creator for allowing him such a graceful exit.

I would be remiss if I didn’t mention the most important person in my father’s life, my mother. My mother and father had 51 amazing years together. She was his rock through all things good and challenging throughout his life. They were seldom apart and she shared the same sense of mission and community that he did. Through his bout with Covid she took amazing care of him and was constantly by his side encouraging and strengthening him. No one ever had a better partner on their journey on this earth. 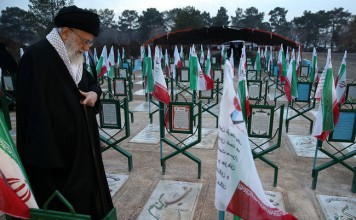 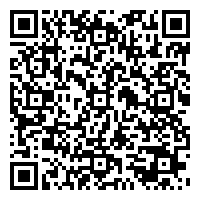