Four pro-regime fighters were killed in central Syria overnight into Thursday in an alleged Israeli Air Force air strike on the T-4 military airbase near Palmyra and surrounding Iranian military positions in Homs Governorate, about 130 miles east of Damascus.


Iranian-backed forces in Syria said Thursday they will “respond forcefully” to the attack, Reuters reported.

Israel closed its airspace in the Golan Heights to civilian aircraft hours after the missile strike.

One of the dead is a Syrian soldier. Three others were pro-Iranian fighters, according to the UK-based Syrian Observatory for Human Rights, which said the nationality of the fighters was “unclear,” according to France24.

Seven others were wounded, including three Syrian soldiers.

#BREAKING: The airstrike of #Israel Air Force at south of #Palmyra/#Tadmor two hours ago has two phases. The first was SEAD . The #IAF's F-15Is & F-16I strike fighters are involved in the operation. They used #Jordan airspace & entered #Syria from Al Tanf area. pic.twitter.com/XC2Eq4LYqX

“At around 11:34 pm the Israeli enemy carried out an aerial aggression,” reported the Syrian Arab News Agency (SANA).

Last week, a missile strike on the same airbase killed six soldiers, SANA reported. It’s not clear whether they were Iranian, Lebanese or from elsewhere.

Israel has not acknowledged the attack, and neither has the United States.

However, the command of the Allied Operations Room of Syria said in a statement it would respond to the attack. 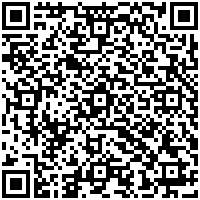