On Friday, November 6, Rav Dovid Feinstein – a prominent American ​posek​ and senior rosh yeshiva – passed away at age 91. His funeral was held on Sunday, November 8, on the Lower East Side, and he was subsequently buried on Har Hamenuchos in Jerusalem.

I spoke at some length with three prominent individuals who were close to Rav Dovid about the life, character, and accomplishment of this special man. All of them preferred not being quoted in a newspaper article, but the following information derives from my conversations with them:


Rav Dovid was born in 1929 in Luban, then part of the Soviet Union (now Belarus) to Rav Moshe and Rebbitzen Shima Feinstein. Rav Moshe was the rav of the town, a position the Soviets eventually eliminated.

The Feinsteins endured intense poverty and terrible persecution from the ​Yevsektsiya ​(the Jewish section of the Soviet Communist party). Young Dovid wasn’t even taught by his father how to read Hebrew lest the Communists find out and send Rav Moshe to Siberia.

Due to pressure from the U.S. government, the Feinsteins were allowed to leave Stalin’s dictatorship at the end of 1936. After a brief stay in Latvia, they immigrated to New York, settling on the Lower East Side, where Rav Dovid Feinstein resided for the next 83 years. Young Dovid was enrolled in Mesivtha Tifereth Jerusalem (MTJ), where his father became the rosh yeshiva, and with which he was affiliated for the rest of his life.

Rav Feinstein attended MTJ for elementary school, high school, and beis midrash, and his primary rebbe was his father, the most authoritative posek in the post-Holocaust period. After many years of learning, Rav Dovid began teaching senior students at MTJ and became the institution’s rosh yeshiva upon the passing of his father in 1986.

Rav Dovid’s Gemara shiur was always well-prepared and thought out. He also taught a weekly parshah and halacha shiur that was open to the public.

Decades ago, Rav Moshe said about his son, “​Er ken Shas – He knows Shas.” Rav Yosef Shalom Elyashiv said that Rav Dovid Feinstein was the greatest posek in America. He was also viewed as the greatest living ​talmid of his father, possessing the most authentic ​mesorah of his psakim.

Rav Dovid received phone calls day and night asking for his ​opinion ​on issues spanning the entire gamut of halacha. He was universally respected, revered, and beloved in the rabbinic world due to his personal piety, pleasant temperament, commanding Torah knowledge, kind heart, tolerance, sincerity, simplicity, truthfulness, avoidance of politics, and extreme humility.

Rav Dovid’s greatest joy in life was learning Torah, and he was a big ​masmid. Nevertheless, he also possessed a tremendous sense of responsibility for the Jewish community. Locally, he was actively involved in supporting the Jewish institutions of the Lower East Side and helping individuals – assisting people who needed employment, helping those with shalom bayis difficulties, and giving tzedakah to those in need. Rav Dovid had endless patience in listening to people’s problems.

Rav Dovid also helped the broader Jewish community and increased his involvement in his old age. He was a leader of Torah Umesorah, an active fundraiser for the Chinuch Atzmai school system in Israel, and a member of the Moetzes Gedolei Torah of Agudath Israel of America. He also fundraised for his cousin’s yeshiva in Bnei Brak (Beis Yehuda – Rav Michel Feinstein’s yeshiva).

Rav Dovid served as chairman of the Board of Trustees of the Mesorah Foundation, which sponsors all research projects for ArtScroll Publications. More importantly, he served as the rabbinic authority and personal rabbinic advisor for decades to the founding publishers of ArtScroll, Rabbi Meir Zlotowitz and Rabbi Nosson Scherman. Rav Dovid was dedicated to their goal of translating primary Jewish texts into English.

Rav Dovid Feinstein published a seminal Hebrew work on the halachos of the Pesach Seder back in 1970. He subsequently wrote eight English-language​ sefarim on a wide range of topics – from the laws of the Jewish calendar to a commentary on the haftaros. Rav Dovid also wrote commentaries on the weekly parshah, Megillas Ruth, Megillas Esther, and the Haggadah. 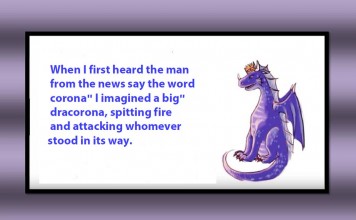 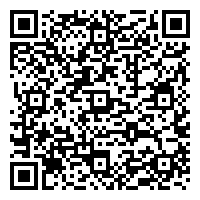