If only this Corona thing would just go away… but it hasn’t yet. Unfortunately, we have to start with it once again.

Coronavirus numbers are way down in Israel since a second lockdown was imposed three weeks ago. However, with an average of 3,000 new infections each day, the numbers are still not low enough yet for most restrictions to be lifted.

As predicted, tragically, there have been many deaths this past month and the number of seriously ill is still not decreasing. An exit plan has been suggested that also includes a schedule for different grades of schools opening at different phases.

There was a cabinet meeting about the plan on Tuesday and it was decided that the bulk of lockdown restrictions would be lifted at midnight on Sunday – or earlier if numbers got better. Let’s hope they do!

Agreement Between Israel and UAE Approved by Israeli Cabinet

Life goes on despite corona, and this week Israel’s cabinet approved the formalization of relations with the United Arab Emirates (UAE). Prime Minister Netanyahu spoke with the leader of the UAE and is planning to visit the Emirates in the near future. There still has been no conclusion of agreements with any other countries as had been hoped for. Despite this, there is a sense that Saudi Arabia is feeling closer to Israel on a daily basis.

Israel and Jordan have reached an agreement to allow air travel over each other’s countries. This will help with Israeli air traffic eastward, especially to the Emirates and further. I assume it’s good for Jordan as well; it isn’t so big on just doing nice things for no reason.

Negotiations between Israel and Lebanon began this week over national boundaries in the Mediterranean Sea. Both countries have an interest in hammering these details out so they can try to cash in on the natural gas deposits in the respective areas.

Hopefully these negotiations will go better than the ones we had with Chevron when they were buying the previously discovered natural gas sites in the Mediterranean.  Not sure where we went wrong, but they cut off supply to the Israeli Electric Company like a few hours after they took over. This relationship may more resemble a Las Vegas wedding than a lasting, loving, mutually-beneficial partnership that we had been promised.

Some Other Shenanigans of the Week in Israel

* Reports emerged that Prime Minister Netanyahu’s wife, Sara Netanyahu, arranged for a hairdresser to come to their house to do her hair. This is against the corona lockdown rules, but she thought it was ok but she’s an “influential” person. Makes sense…

* Leader of the Yamina party, Naftali Bennett, voted against the government in a no-confidence vote and in support of the leader of the Knesset opposition Yair Lapid. Ironically, the next day he was hospitalized with pain in his neck. Some folks are suggesting…

* Everyone continues to get caught breaking the lockdown rules – especially politicians and police. However, only the charedim get beaten for it.

* An American immigrant to Israel was arrested after he savagely beat his ex-girlfriend’s dog and sent her a graphic video of it. The video was uploaded to social media and hundreds of folks descended on his building looking to avenge the dog.

The police rescued him from a window in the back of the building and spirited him off to jail. He should have just claimed he thought the dog was a charedi Jew not wearing a mask and he was simply making a citizens’ arrest. Then he’d be a hero.

The dog is safe and expected to be fine. It also hopefully tested negative for corona.

Walking Into Freedom – Every Day 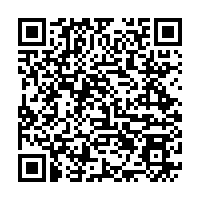