While corona is certainly not completely gone, the news is pretty good this week about that – and pretty much everything else! So, just for fun, we’ll start with corona and it will get funner from there.

The lockdown has been lifted, and the overall official number of people positive in Israel for corona continues to plummet. By the time you read this, it will likely be below 20,000 in the whole country – this after being close to 70,000 just a little over a week ago.

This past Sunday there were still some cities and neighborhoods in Jerusalem defined as “red,” but none of them, except one neighborhood, are classified that way any more, only a few days later.

Unfortunately there are still hundreds of patients in serious/critical condition in hospitals throughout Israel. G-d willing, many of them will have a complete healing; however the total number of deaths is nearing 2,500, which some predicted it would be from the beginning. Not sure what to make of that, but it is what it is.

There is some significant diplomatic news – we’ll get to it in a bit – but here is the important stuff for the week. This past Wednesday and Thursday, there were meetings of the planning committee for Jewish communities in Judea and Samaria. This committee, which authorizes development/construction, is generally scheduled to meet every 3-4 months, but hadn’t met since February – 8 months ago.

Many termed this situation a de facto freeze on construction, and “right-wing” criticism of Prime Minister Netanyahu was intense. But with his “right-wing” rival Naftali Bennett rising in the polls, it was time for Netanyahu to do something “right-wing” dramatic. And here it is:

Five thousand proposed residential units were advanced in the respective planning meetings. That’s a very large number, but the overall number is not what’s nearly the most important part – it’s where they are!

First of all, hundreds of units were authorized in the Binyamin region, including in Eli, along with the master plan for Eli – very significant. This is an area that at one time was considered quite isolated. No longer!

But here’s the big part that is hardly being reported. When President Trump’s “Deal of the Century” peace plan was unveiled, it included 15 Jewish communities that were termed “enclaves.” These towns were not to be evacuated (as previous ethnic-cleansing plans had called for), but were to have their growth stunted and transportation access restricted.

Of course, the plan has basically been suspended for now as a result of the peace agreements subsequently reached between Israel and the UAE and Bahrain (and probably more to come). Israel’s strategy with the Arabs has always been: the longer you wait to make peace, the worse the terms will be for you.

Well, perhaps this can also be applied to the Trump Plan: Sure, sovereignty can wait, but in the meantime, we will virtually double the size of the communities called “enclaves” –possibly until they can longer be called “enclaves.”

Here are the current populations of five “enclave” communities and the number of approvals they just received for additional residences to be constructed. Keep in mind that the average family size in these communities is quite large and that Pnei Kedem didn’t even legally exist before its approval and authorized expansion last week. We are talking about almost doubling the size of these communities and in some instances more than that!

Add to all this that a very strategic proposed road that would bypass the Arab village of Huwara and better connect four (included Bracha and Yitzhar) of the “enclave” communities to the rest of Israel has been approved this week as well. This road will dramatically improve quality of life in these communities and the construction of such roads has historically led to explosive growth.

What about the Jewish presence in Jerusalem? Anything happening with that? Stay tuned!

* The first ever direct flight from the UAE to Israel landed this week. This is the continuation of the normalization agreement between the two entities. Additional agreements have been signed even since the landing. Much more to come!

* A joint U.S./Israel delegation took the first El Al flight from Israel to Bahrain this week, where the normalization agreement between Israel and Bahrain was signed and more agreements are expected soon between the two entities. Much more to come!

* Sudan agreed this week to compensate American victims of past Sudanese terror, and this step will likely see it removed from the U.S. list of countries that support terrorism. It’s believed that this is part of a warming of relations between Sudan and both the U.S. and Israel. Stay tuned!

Gaza Continues to Refuse to Be Ignored

Another terror tunnel penetrating into Israeli territory from Gaza was discovered by Israeli forces this week. Seemingly as a response to the discovery, a rocket was fired from Gaza at Israel.

Thankfully, it was intercepted by the Iron Dome and resulted in no casualties or damage. But if Naftali Bennett goes any higher in the polls, we might just have to finally attack to stop all this terror once and for all!

The World Zionist Congress is virtually taking place this week. There is the potential for some major developments – so if you haven’t understood already, you need to stay tuned! 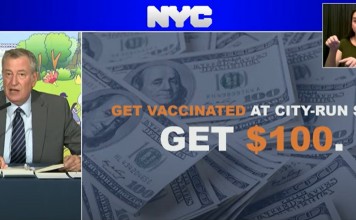